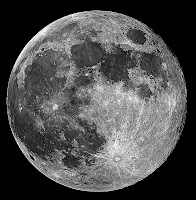 This weekend astrologically is punctuated by the Full Moon in Virgo. I apologize for not getting this up on Friday but I was pedal to the metal over here with crazy deadlines. Did any of you get to see last night’s supermoon? Los Angeles had a lot of cloud cover so I missed it but friends sent photos of it from their home towns and it looked glorious.


The Moon in Virgo on its own is highly nervous and although it strides for organization and order it can be wrapped up so tight that it can cause its own chaos. Lists are great, but when lists are put on lists and you spend more time going over what you need to do on your list instead of actually doing it, well, that can generate a level of chaos.

Accenting the chaos is the Moon Opposing Uranus at Zero Aries. The desire to breakfree is palpable especially with the Sun so close to Uranus but the mind is a mental quagmire. “If I do this then that will mean that.” “If That happens then I can do this.” Virgo has a lot more fear than it owns so watch and see how your nervous energy presents itself this weekend.

Although, at this posting (Sunday a.m.) the moon is no longer in Pisces that does not mean the full moon is over. Remember, each phase of the moon is about three days long so we are still in the middle of the Full Moon phase and the tension is strong. How many of you woke up extra early today? There’s that Virgo influence calling again.

Perhaps the most significant planetary aspect in the full moon chart and actually in the earlier report on the New Moon (month long lunar phase) was the influence of Mars. As we discussed back at the beginning of March, Mars is the warrior planet. He is always gunning for a fight or gunning for action. No surprise here that the UN sanctioned a NO FLY Zone on Libya on Thursday and by Full Moon strikes were launched against Pro Gadhafi forces on Saturday. Smells like a full moon with strong Mars and Uranus to me! It is hard to gage these things even if you are a military expert, but from an astrologers perspective, whatever Mars brings now in Pisces is considerably more muted then what he will bring on May 11th. At that point Mars will be in Aries and in conjunction with Uranus. These two planets together in Aries are HIGHLY competitive, volatile and lack any kind of patience. Each day as we head toward May, Uranus and Mars will grow more intense. Under those circumstances we need to expect the unexpected and realize everyone will be a hair triggered. Given that is our climate, god only knows what krazy Gadhafi will do. Although, my instinct is he’ll be out by then and we’ll have another hot mess somewhere else demanding our attention.

In the meantime, don’t let your mind go into overwhelm, take every thing on your ToDO list and do it in bits. Bit by bit, you will get there . And don’t worry what you don’t take care of, I’m sure Mercury retrograde (3/30) will help get to the right things on your list. Even if they aren’t on your list now, Mercury will help you find them.
Posted by Tracy at 7:04 AM