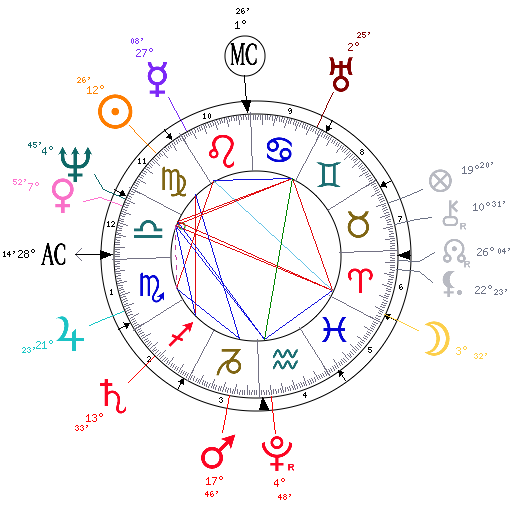 I went looking for the Los Angeles Chart.
I found one on astrotheme.

Well, I'm guessing the Moon in Libra yesterday was probably in the mix with Neptune (one of the earthquake planets) or maybe Uranus (the other earthquake planet) in Cancer.
Or maybe it was near Mars in Capricorn.   And finally maybe it was against the natal Moon in Aries.
I dunno, the 4.4 is now history, but I'm kind of nervous thinking a lot about next month's cardinal crosses and THIS chart.    I had zero idea there was so much cardinal energy in Los Angeles.  Probably one of the reasons why I am here!

By the way there is discussion if Fracking was involved in the quake.