Jupiter in Aries--A rush to judgement 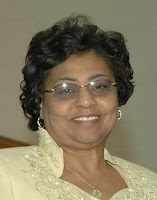 I know that NONE of you have one extra minue for anything. We are all busy racing here and there to just get our day done. I get it. But if you could spend just three minutes I would strongly encourage you to read what happened to Shirley Sherrod. Ms Sherrod, who is African American, is a former USDA director of rural development for Georgia. Back in March she gave a 40 minute speech. In that speech there was about one or two minutes where she discussed a white farmer and she said, "I did not give him the full force of what I could do" to save his family farm. This clip was put out in the www---(google Andrew Brietbart) aired last week on Fox News (of course) and the flack hit immediately. Next thing you know, the NAACP condemned it, the administration forced her to resign and bam she was out of a job. The TRUTH was the clip was edited and completely out of context. She was making a point that she has helped all rural farmers of all colors and that indeed the farmer whom she was speaking considers her a great friend and who she continued to help for the following years. But NO ONE did that work. They watched the clip and then she was knee jerked her out of a job.

Jupiter was not in Aries when she gave the speech but when muckrakers took it last week and flung it out there, Jupiter was very much in Aries. And now the NAACP has apologized and The administration is reevaluating their move. People are calling for her to be reinstated.

Listen, I love Aries, I have it rising and my family and dearest friends all seem to have Moon in Aries. I get the fire, I get the actions, I get the blustery and quick movements. Get it...and in many way, I love it. BUT and this is a big but, with Uranus in Aries (Racing in the Internet) and Jupiter (judgement and press) in Aries we need to slow it all down. Thank god, Uranus turned retrograde and now this week, Jupiter will turn retro so we can think before we judge.


You can find the story HERE at CNN
Posted by Tracy at 8:10 AM