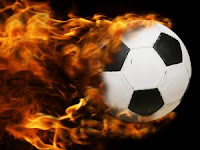 I just heard about the bombing in Uganda. Apparently people who had gathered to watch the final world cup gang (congratulations, Spain) were victims of a terrorist bombing. As of this posting, 23 people have been killed.

On an eclipse it seems pointed. But as we know the cardinal energy is hot all summer.

At least 23 killed in Uganda restaurant blasts: police
(AFP) – 1 hour ago
KAMPALA — At least 23 people were killed in explosions that ripped through two restaurants in the Ugandan capital Kampala on Sunday as crowds watched the World Cup football final, police said.

One blast hit an Ethiopian restaurant in the south of the capital and the other was at a rugby sports club in the east of Kampala, police chief Kale Kayihura told reporters.

"Here there are 13 dead," he said in reference to the Ethiopian restaurant, adding that "I can talk of deaths in the tens" when asked about the toll at the sports club.

Police blocked roads leading to the Ethiopian restaurant in Kabalagala, a crowded suburb in the south of Kampala littered with several pubs popular with football fans.

Several security officers were deployed to the blast area and crowds were kept at bay, an AFP correspondent said.

It was not immediately clear who was behind the explosions, but Ssekunzi said they suspected that the perpetrators detonated bombs.

Such blasts are uncommon in Kampala although at least three people were wounded when attackers threw an explosive device at security forces after the country's 2006 general elections.