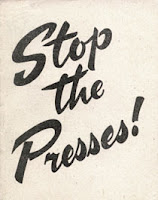 So, there we were this weekend with a huge full moon in Aquarius (sunday) and right in the middle of all this cardinal cross energy and bam!----the internet which rules the WWW made news again. Specifically, Wikileaks.

The torrent of more than 91,000 secret documents, one of the largest unauthorized disclosures in military history, sent the Obama administration scrambling to assess and repair any damage to the war effort, either abroad or in the U.S. The material could reinforce the view put forth by the war's opponents in Congress that one of the nation's longest conflicts is hopelessly stalemated.

How about that for Aquarius? I also say this is more about Uranus conjunct Jupiter in Aries and opposition with Saturn and the square with Pluto. Aries is a warrior, Jupiter is the journalist and Uranus the rebel. We already had the Breitbart mess (muckracking journalism) from last week and now this although THIS is not a specific journalist--but wikileaks is ostensibly a site that behaves like journalism.
Let's not forget last month Rolling Stone's interview with General Stanley McChrystal and his swift (requested) resignation. Are we starting to get the feel for Jupiter and Uranus in Aries?

And typical of the Aries energy I can't even say what is right or what is wrong because the firestorm is so great that follows that it is hard to remember the cause. One can see how cool heads are needed at this time.
Posted by Tracy at 7:38 AM