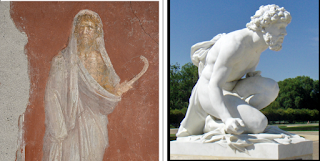 This is one rare bird of an aspect.  We knew it was coming and have been talking about its arrival for the last two years.

The last time Saturn got on top of Pluto was 1982 before that round was 1951.   It is a once a thirty- year event.   However, the last time the two of them got together in Capricorn was 1518.    So, here we are five hundred years later doing it again.  On that round the world got Martin Luther who said, “Hmm maybe it is time to do religion different” and sadly about six months after the aspect King Charles I (Spain) commenced taking enslaved Africans to the Americas.  His edict changed history and arguably is still felt today.   If you look at the world it is not too hard to see the aspect is already in effect.  People seeking structure, limits, boundaries (Saturn) versus the purging and upheaval of things that no longer work (Pluto).  Power is important to both planets although they get there in different ways.  Saturn gets it through discipline and achievement.  Pluto through death and rebirth.    Both planets also have a depressing component to them since they both have a heat seeking missile to find problems and once the problem is found it looks like too much work to fix it—thus the depression, ‘How can we/I fix it?”   The answer-- It will get fixed by showing up and doing the work.  Stay connected to your own evolution and your own discipline to tackle problems.    Never underestimate the power of Saturn conjunct Pluto.

Personally, if you know your chart you should see what house has 22 degrees of Capricorn.    If you don’t know your chart you are feeling it.   Where are you tired of monkeying around?  Where do you feel like you are wasting time?  Where do you feel you need to get real results?   Where are you feeling like you need to step up and ‘do something’?  This is no day in the country aspect but at the same time it is not focused on just one narrow window of January 12th .  It is and has been felt for months and will continue after the date also we have transiting Jupiter and Mars who are going to be in effect with both Saturn & Pluto so we will be driving over this point quite a few times in 2020.     Lots for us to process.   On a personal level, take  note of any energy shift after  the 12th.