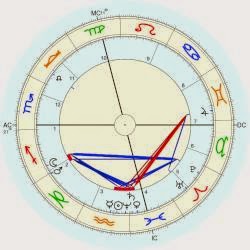 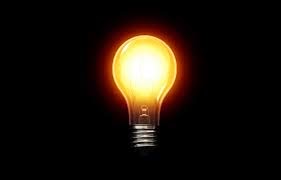 We spend the weekend in the Gibbous Moon.    We are in an analyzing cycle this weekend.  The Gibbous Moon is the period before the Full Moon, a time to discriminate and organize.    This cycle we are focused on our thinking.

In the beginning of the week we move into Full Moon.

This full moon is focused on your GIFTS.    Your TALENTS.  What you bring to the party that NO ONE else brings.    The party needs your gifts.  Do you think you bring nothing special or of note?   Stop that nonsense now!!!

2/5: Mercury sext Saturn:  Work is easy and productive.  What did you almost forget that you are now doing?   The brain is relieved.


2/6: Sun opp Jupiter: Everything feels bigger than God.  Where is the gravity pulling you?   Where are you trying to build a bridge but bumping into Ego. Try if you can to find the balance.
Posted by Tracy at 10:16 AM 1 comment: 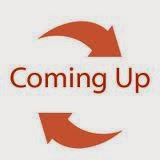 Crescent:  We will receive information, we will research a bit more, perhaps get feedback on stuff that we planted on new.  Perhaps get some information that will help down the road on a seed we planted a while ago.  We can collect some data now.  Even if you think you are not getting information, stop, and re-look at everything.  Who called you?  Even the silliest things, when they come up during Crescent are note worthy.  A parking ticket?  An argument with a spouse?  A refund check from the phone company?  All of it needs to be considered a message from the universe.  How can this information help you?

Special focus
1/30: Venus sq Saturn: Cold reality hits love, money and values.   Yes, we all have to grow up.
1/30: Mars sext Pluto:  Actions based on deep matters.  Transformative energy exerted.
1/30: Sun Con Mercury: Purpose and brain are united.  Something we almost forgot about comes to the surface.

Special Focus:
2/1: Venus con Neptune:  Love is gentle. Intuition is lovely.  Bumps in love and money feel like they are melting.  Ah.

Did you feel Mercury Move? 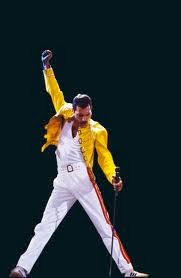 We are going to get a gift this cycle and yes, I am saying gift, of a Mercury retrograde in Aquarius.  In fact within 24 hours of the New Moon, Mercury will appear to go backwards launching the first of three retrogrades in 2015.   On January 21 Mercury will go from 17 Degrees Aquarius all the way back to 1 degree of Aquarius on Feb 11 and then it will appear to turn around and head right back towards 17 degrees of Aquarius which it will hit March 3 and then add another week or two.   This is a lot of weeks of Mercury in Aquarius.   Our minds will be blown away.   If we are really getting it.   And it is not an accident, in my opinion, that this Aquarius cycle which is robust with potential will have a Mercury retrograde entirely in Aquarius.    Why isn’t Mercury retro in Cap or in Pisces?   It could have been but it is not.   Spirit in its infinite wisdom is getting our brains screwed in tight with Aquarian energy.   Watch the stuff that comes up that speaks to friends, groups, brilliance, light bulb ideas and genius.   Of course it is a retrograde so there will be missteps or hurdles with all that stuff.  Also, the less evolved side of Aquarius could be in our world or in the news.   Rebels who take pleasure in being provocateurs but set up no real reforms.   Stubbornness, rigidity of beliefs that do not serve.  People who insist ‘damn it, I’m standing my ground” even if it is stupid.   And there will be people who really do cut off their nose to spite their face.    Cuckoo crazy chaotic people and situations will show up during this Mercury in Aquarius retrograde.    If you get caught up in anyone’s cuckoo crazy, walk away.   And if you are doing any of these things or want to do it….stop it.   Find a new way to be brilliant.
Posted by Tracy at 10:08 PM No comments:

Aquarius New Moon -- The Zero One 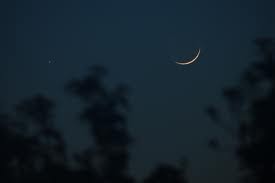 The Aquarius New Moon is on Tuesday January 20 at 8:13am EST.

You will find my article HERE.

I trust you will heed the advice.

Here is a snippet...go to the link above for the full article.

It is time for us to embrace this last air sign of the zodiac.  Big time.   So seriously, ……Welcome to Aquarius.

We are having our fourth new moon in a row at zero degrees (and change).  Since October the new moon energy starts from the beginning of its sign and every day of the 28-Day lunar cycle.    So, now we are getting our Aquarius on.  We all need it.   And the next two new moons will be at 29 degrees and change putting it right back close to zero.  This will end up being six months of auspicious lunar cycles.   None of us should be asleep at the wheel.

Aquarius is the eleventh sign (out of twelve) and the final air sign.    Gemini and Libra are the other two air signs and they speak to how we think & communicate and how we relate to one another.   But with Aquarius the relating and the thinking is bigger, broader than you and I chit chatting.    Case in point, Aquarius rules electricity, radio and television, computers and the Internet.   Think about that connection.   If there was no Aquarius you would not be reading this article right now.    You would have to go to your bookstore and get an astrology magazine to read a New Moon article (Gemini) or you would set up an appointment with an astrologer for one on one (Libra) insights.      But with the Internet, information is available to you, thousands of years of research is at your fingertips.     Millions of people all over the world have insights, information, data that you, I and everyone else can access in two seconds.   That is Aquarius.

Aquarius is brilliant, genius, eccentric, innovative, odd and above all not afraid to be his own person.   Yes, Aquarius energy can be rebellious for no other reason than to be rebellious.   But let’s not focus on the rebels without a cause.  Let’s go deeper.