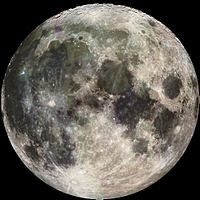 A moon in Aries when allowed to strut its stuff – will shout and scream and tell its truth to anyone who will listen.    It is fiery and knows in its soul that sometimes it is important to set fires to:  thoughts, ideas, opinions, bridges, policies and anything that bugs.  For Aries things that constricts, restricts or feels like a “NO” needs to be burned.   Except of course when it is their rules and order—then Moon in Aries will fight like a  warrior to keep the status quo.

So what happens when all that energy is not just a Moon in Aries but a Full Moon?     And what if it is not just a Full Moon but is a Lunar Eclipse?  Well, at the very least we should prepare for a lot of combustible energy trying to find its way out.

First order of business you don’t get a full moon in Aries without acknowledging the Sun in the opposite sign of Libra.  Libra is interested in others.  Libra is interested in being a two.  Aries of course is interested in number one.   Having these two energies activated sets up a major push pull.   Libra is here to remind Aries—“Hey, you are not the only person on this planet.”    “What are you trying to accomplish with all your shouting and burning?”   “Do you think your outbursts attract us to you?”  “You sure must not be tired of being alone because all that burning you are doing is going to push everyone away.”   “Don’t you get bored hearing yourself all the time?”

And then of course Aries turns to Libra and says, “Hey are you pulling your weight?” “Would it kill you to make a decision and just stand by it?”  “Are you so busy keeping peace that bullies are getting away with murder?”  “I may be brutish but at least people know where they stand with me.”   “Hey, I would rather be aggressive than passive aggressive any day.”

Now let’s take all that energy and double it since it is a lunar eclipse.

And because The Universe is cuckoo crazy and everything must go go go, this Aries Lunar Eclipse has got Uranus on the Moon oppose Sun Libra.  And both the Sun and Moon are in square with Pluto in Cap.    “Whoa, who ordered the big guns this full moon?”

Uranus brings in things that upset order to create change.   It comes from out of the blue.   Uranus stuff can’t be tracked it just shows up.    It is not easy even on a good day.   Self versus Relationships is the conversation of the week but with Uranus and Pluto there will be sharp elbows.    Pluto will point out where we are weak as individuals and as couples.   How are you relating to others?  How are they relating to you?  What are you learning about self while you duck to avoid blows?   Who is stepping up for you?   Who is not?  Who is way too lazy to be a part of your life?   Whose name needs to be burned out of your address book?   Who is burning you out of their book?

And who is gunning for a fight for no other reason than they feel energized by a fight.  How many people have loud opinions that are really meaningless they just get off on the ‘fight’.     Lots to ponder.

At the same time all that energy is in the astro soup.  We also have lovely Venus poking out from the pot.    Venus is on top of the Sun and Opposes Uranus & Moon.

Venus is on top of the Sun and gently asking all of us what are our values?   What are we willing to fight for?   What are we willing to burn down (Aries) in order to find balance (Libra)?    Does our partner value the same thing we value?  Do we feel too alone in our relationships?
And Venus of course is in square to Pluto.   Venus knows that there are serious things (Pluto) out of whack in relationships.   Any changes coming up speak to that out of whack-ness?    What are we going to do to find balance? And if we are alone what are we holding on to so hard that it is keeping us from bringing in a partner?

Although the Full Moon is exact on the 10/8 the build up during Gibbous will be strong given on 10/7 there is a Sun oppose Uranus and on 10/7 there is a semi square between Mercury and Mars.   Someone will be shooting off their mouth somewhere and it will bug.  Then we get the full moon and during the 3 day cycle we have Venus and Uranus and Pluto in doing their exact dance.

And did we mention this is a
BloodMoon  ?  Yes, it is our second one this year. The other one was in April.  There will be two more in 2015.

Sabian Symbol for 15-16 Libra
After A Storm A Boat Landing Stands In Need Of Reconstruction
http://www.cafeastrology.com/sabiansymbols_degreemeanings.html

So, if this week is a bit of a shit storm… don’t personalize it. Just learn and get through it.    I’ll see you on the other side.