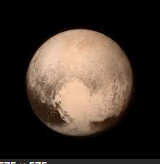 Every year Pluto spends five months retrograde.   On April 27 Pluto will station retrograde where it will transit back from 26 degrees of Capricorn back to 24 degrees.   For those people who have planets between 24-27 degrees of; Capricorn, Aries, Cancer and Libra you have been dealing with the dental drill that is Pluto for the last couple years.   Finding your power has been difficult, no doubt, while you have been asked to shed what no longer works.

For those of us in the United States this is the last retrograde before the USA has its Pluto return on Feb 21, 2022. No human can ever live long enough to personally experience a Pluto return since it takes over 250 years for Pluto to return to where it was at ‘birth’.    Most nations in the world history do not exist long enough to even experience a Pluto return.  Between coups and revolutions constitutions of nations will change and with the change there is a new Pluto placement in the chart.  The United States ‘birth’ is July 4, 1776 and Pluto will be exactly where it was on that date next February.

For an idea what it looks like when a nation experiences a Pluto return, astrologers look at  The Roman Empire and The British empire for what happened to them during their Pluto returns.    The astrologer Ray Grasse has written about Pluto Return.  If you give it a read, you will see how other nations were impacted.   It is also clear in the USA that we have been influenced by Pluto’s growing intensity as it gets closer and closer to the 27 Capricorn 33 degree.

Last year during the Pluto retrograde (April 25 – October 4) it showed us a lot of the tension that needed focus.    Just in the first month there was plenty of action:  On April 27, the USA passed the one millionth confirmed case of Covid.  On May 8, USA unemployment hit 14.7 %  and on May 25, George Floyd was killed.  During the summer there were protests,  slave owner statues were removed.   NASCAR banned the Confederate flags at their races. We were asked to look backwards at our history.   And then in one weekend, Thunderstorms triggered hundreds of forest fires  in California as a record- breaking heat wave taxed the power grid.   Power grids would come up again six months later in Texas.   What is our power infrastructure?  Could anything more than power grids speak to the power of Pluto in Capricorn?     Then on August 16, Death Valley recorded 130 degrees the highest temperature on Earth in 100 years.     George Floyd was certainly critical to a lot of the activity in the 2020 summer,  lots of soul searching for many people.   For a country that was rooted in slavery it make sense that during a Pluto return the nation would have a reckoning on that history.    But stepping out to Pluto in general, there is also issues of climate change.   When there was the ‘Cardinal Climax’ earlier into the Pluto transit Capricorn (2008-2012) I kept seeing signs of climate change events near critical dates such as huge ice sheets breaking off and melting.   I wrote then that I thought climate change would be THE issue when Pluto exited Capricorn.   I still believe this will turn out to be accurate.

The Pluto retrograde is of course not the only reason for the 2020 events, Saturn and Pluto conjunction from earlier in the year spoke to some of the tension along with Mars who did a number for most of the year.   But still with Pluto we take a moment as we ponder what we want going forward.   It is a transformative period for the USA and we should not be surprised if more issues are exposed during this retrograde.   Once this retrograde completes, gentlemen start your engines as we head to the Pluto Return date in February.    Perhaps this Pluto retrograde cycle we will dust ourselves off admit our mistakes and lean into:  “Know better, Do Better.”