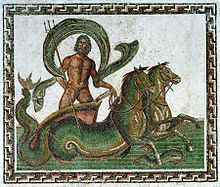 Neptune spends half of the year going backwards which suits him fine since everything is fuzzy for him even on good days.   Outer planets like Neptune, Uranus or Pluto in retrograde are not nearly as problematic as the inner planets such as Mercury, Venus or Mars (who was part of the problem that made 2020 so awful last year).   Now Neptune is in the last decan (10 degrees) of Pisces and so we are in the final five years of this journey that started in 2012 and ends in 2025/26.

The last time it was in Pisces was between 1847 and 1862 which was the run up of and the beginning of the American Civil War.   Seeds are planted during Neptune’s trek in Pisces.  During that Neptune in Pisces, young artists in France were being drawn together in art schools and salons. Friendships were being formed between Monet and Pissaro, Renoir and Sisley, Manet and Cezanne and by 1864 when Neptune had moved into the independent sign of Aries a new art movement was formed- Impressionism.     Things that we might not understand percolate during Neptune in Pisces.  Deep underneath the surface things are forming whether it is a confederacy or a style of painting seeds are being planted and germinating.

We may not know precisely the things that are being formed but something is going on.  During this Neptune retrograde consider what is percolating in you.   What compass heading are you finding?   You may not launch now but do not underestimate how spirit (a Neptune word)  may be fine tuning information and giving you your own message.   See where you find yourself December 2 when Neptune stations direct.  You may have hints of something important in your psyche, just where Neptune likes it!