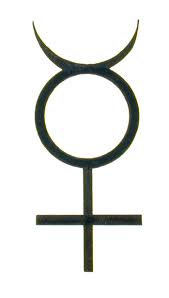 The best way to explain shadow points is to imagine you are driving a car from NY to CA.    When you get to Joplin, Missouri you get out of the car and stretch your legs.  Somewhere around Oklahoma City you realize your phone is gone.  That’s when you realize your phone fell off your lap when you got out of the car, so you turn the car around and drive back to Joplin.  There on the side of the road you find your phone.  Relieved to have your phone, you get back on the road and you head west and you sigh when you pass Oklahoma City again because you now feel you are free from all the drama.  Perhaps you feel a bit wiser.

The two shadow points are Joplin and Oklahoma City.     The drive backwards is the retrograde.   Once Mercury stations retrograde on September 26, we will be hitting some issues that may have been on our radar and our minds since September 6 or come up between September 6 and September 26.   Once we get to October 18, we complete the retrograde but then finally get free of all the cuckoo on November 13.

This Mercury retrograde at 25 Libra, suggests a lot of our drama is about relationships and partnerships.    What is our mental angst around relationships?  There is a push pull around power due in part to a square between Mercury and Pluto.  Pluto demands a death and rebirth in thinking.   This square will happen three times, but the tension will be magnified between September 22 and October 1.  Much of our thinking about relationships is centered around feeling out of balance or under appreciated.   God help any of us if we feel any of our relationships are not reciprocal.    There will be legitimate complaints that will need to be addressed.  There also will be cobweb thinking that needs a good vacuum.   How is your thinking about and within relationships based on old knowledge?   There may be a case of just doing too much and a lopsidedness in relationships that gets our attention.   Mercury will get three rounds of a trine with Jupiter, so it is not all 24/7 drama.   Jupiter in Aquarius supports Mercury to help expand knowledge and form a new opinion.   Perhaps an advisor shows up with wisdom.   Take a lot of breaths this retrograde.   Give yourself a lot of time for any appointments where you need to show up.   Expect delays.  Information that you thought was accurate may turn up to be something less than accurate during the retrograde.  Make sure your facts are indeed facts.  Research like crazy during the retrograde.  Take care with your purchases and any signing of contracts.   Of course, you should mind your communication.    The snappy response you do during the retrograde may not be well received.   Think twice before you send THAT email because you may not be able to repair what gets broken.   Unless of course, that is the goal.