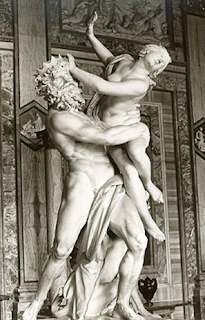 And then there is Pluto…… oh, yes, Pluto.

As we know Pluto is retrograde for six months every year.  On October 2, Pluto will station direct since turning retrograde on April 24.

Normally, we would assess what transformations have taken place in the last 6 months, consider what still needs a serious makeover and how it might make sense between now and the next retrograde.  But this station direct is a wee bit different.    Last month we discussed that once Saturn turned direct (September 18th) we should expect everything to speed up and for things to move fast as Saturn heads for its conjunction with Pluto on January 12.   Now it is Pluto’s time to turn around and head for the rendezvous with Saturn.     This is the first time these two have been together since 1982 and the first time they have been together in Capricorn since 1518.

The build up to this aspect will not be subtle.  A few months before the 1518 aspect, Martin Luther nailed his theses on a church door and started the reformation.  Are you a protestant?  Well it started on that aspect.   Now here we are and the question is, who is getting reformed now?    Also about six months after the 1518 aspect King Charles of Spain authorized slave trade from Africa.  That is the darker side of Pluto & Saturn in the commerce sign of Capricorn.  Let’s pray to whatever we consider holy that we do not repeat that mistake.

Last month we discussed all the aspects going on between Jupiter, Saturn and Pluto in 2020.   Now Jupiter and Saturn are both direct and once Pluto turns direct on October 2 we should all prepare to move fast and hit that clear air turbulence we discussed earlier.   Will an oxygen mask fall into your lap?  If your eyes and heart are open, you’ll see it.

Just for a second pass let’s look at the dates again:

All of these aspects and dates may seem overwhelming and believe me they are hard to just type but they tell the story that is in our future for the next 15 months.  It is a bumpy period filled with many moments where we are between a rock and a hard place.   Many of us will be feeling like we are put into a mill and grinded down. Obviously some people will feel it more than others especially anyone with planets in Aries, Cancer, Libra & Capricorn around 22 -25 degrees.   The early degree Aquarians will also be coming into focus at the end of 2020 but we’ll save that discussion for later next year
Posted by Tracy at 8:19 AM