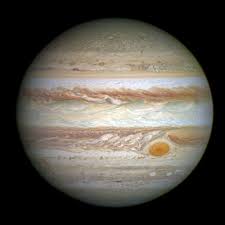 While the moon is still in the new phase Jupiter leaves Aquarius for Pisces.   The pattern for Jupiter is that it spends about a year in a sign but at some point, in that year it leaves the sign goes into the next sign for a few degrees and then retrogrades back into the sign it is primarily doing its work then eventually it will return to the new sign again.   So, in this case:

The two -month window of Jupiter in Pisces is a window into what next year will bring when it spends the long haul in Pisces in 2022.   Pisces is spiritual, metaphysical, it is the last sign of the zodiac and it reminds us that there is something bigger out there than our humanness.  It is by its nature an expansive sign, as big as the universe but also intimate because it dissolves barriers between human beings either built by us personally or by society.   Jupiter will not doubt welcome its journey into Pisces for two reasons.  One Jupiter used to rule Pisces before Neptune was discovered and therefore is comfortable in the unworldliness of Pisces.  “Hey, Pisces you are a big expansive sign, and I am the biggest planet in the zodiac, I get you!”   The other reason why it will welcome this two-month trip in Pisces is that it does not have to share the sign with Saturn who has been squelching Jupiter for the last couple of years.  Remember, in 2020 Jupiter and Saturn were both in Capricorn then last December Jupiter entered Aquarius but two days before Saturn entered Aquarius.   The master planner in the universe has been clipping Jupiter’s wings for the last couple years by making sure Saturn was his roommate. But now for two months Jupiter gets to fly solo in Pisces.   We should find some good energy out of this transit, some reconnecting to faith and being moved by the goodness of humans.   Our creativity and inner mystic can be pronounced.   There could be a lot of synchronistic moments and events in our lives that have us going, “Hmmm? That’s curious, I was just thinking/talking/reading/watching etc on that exact thing”.      In late July, Jupiter will return to Aquarius and rejoin his taskmaster roommate Saturn but by then Jupiter will have a buoyancy having refilled his reason-for-being during his time in Pisces.  His joy and abundance may rub off on Saturn, which could be helpful.

On May 21st we get the first planetary aspect to interact with Jupiter in Pisces when the Sun barely in Gemini forms a square with Jupiter.   On some level, logical thinking will be defied, and communication will be fuzzy, and it is worth noting this is before the Mercury retrograde.  Perhaps giving us a taste to what is coming.   In this case, Jupiter in Pisces has the stronger hand reminding us there is power in prayer and meditation and when we reflect and get quiet, we can  find any answer.  In June Venus in Cancer will form some nice trines with Jupiter again reminding us of the goodness out there if we tap into it.