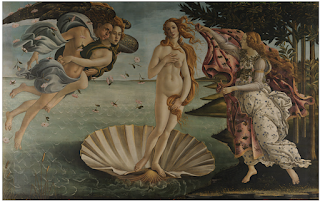 Venus, like its buddy Mercury, moves through the zodiac lickety-split and benefits by a slow down to catch its breath and consider important revisions or re-dos.  Even if a person has no understanding of astrology, the connection between Venus and love is universally understood.   But in astrology it is not love per se that is Venus it is VALUES.  We value love so we share it and seek it.   Venus also rules money which we value, so we share it and seek it.    Things that we consider valuable are Venus.   Whenever we have a Venus retrograde, we can determine what we value as important, and we also take time to assess how we are valued by others.

During this Venus in Capricorn retrograde we will assess what we value.  We will relish practicality and what it takes to ‘get the job done’ --whatever is the ‘job’.      While we can look back to the previous retrograde in Dec 2013, we should note that this Venus retrograde has more punch given it is in conjunction with Pluto.   Pluto takes us down to our knees whenever it touches a planet.   Normally Venus conjuncts Pluto once a year but due to the degree of Pluto and the zone of degrees for the retrograde there will be three contacts between Pluto and Venus starting December 11 and ending March 3, 2022.  Pluto is the most intense planet in the zodiac and it’s; black or white, all or nothing, everyone or no one, extreme nature puts the normally light and breezy Venus in a bit of a bind.   Venus who doesn’t seek confrontation and tries to avoid skirmishes is challenged by Pluto.  We should anticipate stories in the news where some person, perhaps someone we respect who majorly screws up.    Or maybe someone or some group is injured or hurt or abused or neglected.  We may see guard rails of protection fail.  It is a long haul from Dec 11 – March 3 and we can see a lot of stories that will speak to love, money, abuse, weakness of characters and flaws in systems.  We may also see stories that speak to love and extreme caring.   Stories that tap the love of power or on the other side, the power of love will be in the news.   On a personal level wherever, transiting Pluto is in our chart it has probably been challenging, having Venus hang there for a few months may bring a new light touch.   A gesture of kindness feels like a mountain of good.