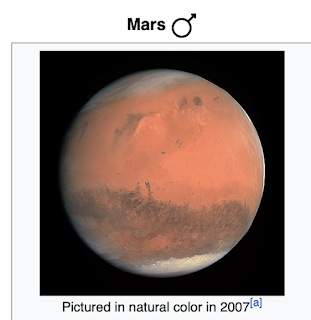 Mars is not a subtle planet.   He’s  a warrior for gawdsakes.  Of course, when he is traveling through a sign that does not have any tension with other planets, his loud moves may not be too troublesome but in general Mars knows how to get our attention especially when it is retrograde.

The last time Mars was retrograde was September 9 until November 13, 2020.

That was the run up to 2020 USA election.  Can you remember that tension?  For a thorough landscape of that retrograde we need to go back to June 27, 2020, when Mars entered Aries.   As soon as Mars entered the sign, bells were getting gonged, Mars the planet of action is very capable of taking any hill in any battle and it sets the tone as soon as it enters a sign. So, the tension accelerated during the summer of 2020.    After Mars turned direct (about a week after the election) it continued back over the degrees it had now crossed two times since summer and then finally left Aries and entered Taurus on ----- drum roll ---- January 6, 5:26pm EST.    As you can see the activities of January 6 happened earlier in the day and in the final degree of Aries.

This year the Mars retrograde will be in Gemini and begins in October then finishing up three months later.  While the tension is strong during the retrograde period, we are best served to take note because we may get informed how the retrograde will play out as soon as Mars enters the sign.   Normally Mars is in a sign for six weeks however in retrograde years it is in the one sign for six months.   By the time it is over we know all the ins and outs of Mars in that sign,  including all the triumphs and defeats.

The last retrograde where Mars was only in Gemini (like this year’s retrograde) was October 1943 – Jan 1944.  That was smack in the middle of WW2.   However the last time it retrograded in Gemini with a start in Cancer was November  2007 – January 2008.   Interesting the Writers Guild of America went on strike.  Also Wikileaks released documents that had allegations of illegal activities and the result was a lawsuit and temporary suspension of the website until uproar of free speech brought it back online, this all during the shadow.   Before that round it was retrograde in Gemini and Taurus in October 1990 – January 1991.     This period is marked by the Gulf War and imbedded journalists.   All of this is perfect Mars retrograde Gemini.

There will be a lot of action around media, news, journalism, communication, language, writing and gossip. Ingenuity, cleverness, things that need brilliance may be presented and could get a lot of action.    In the news we will see big moves involving newspapers both online and print and social media (which also an Aquarius component).   Gemini moves fast so we will see situations and stories that come up quick and end just as fast.  Gemini’s weakness is shallowness so there might be  moves that are not thought out well.  Knowing this, we all benefit when we can take a breath or pump the breaks even for a moment.   Gemini’s gift is the power of versatility.  Learning to pivot fast could come up for a lot of people.  Because Gemini can play both sides of any situation, it may not be exactly the most truthful retrograde although busting anyone could be problematic since Gemini is so dexterous and mentally agile that it can convince itself of anything. Actions that are indeed honest and authentic will be revealed by the end of the retrograde or by the time Mars leaves Gemini.

We have a couple months before Mars turns retrograde but when it moves into Gemini on August 20—put up your antenna, you might get an idea of things to come.