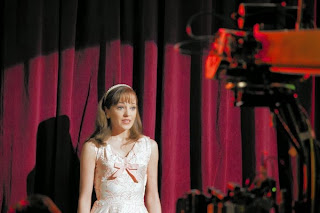 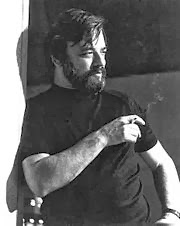 There is a real perk to the holidays and it is not Christmas cookies.   With the holidays falling in the middle of the week, I find my schedule gets tweaked.  Not enough time to tackle something big but not so tied up that I can't move.   This is perfect for weird TV/Movie watching.   Actually not weird meaning the product is weird, but weird that I'm watching a movie in the middle of the day.

Such was the case today when I decided to watch SIX BY SONDHEIM .  I don't spend a lot of time watching musical theater but I have worked on a few and actually did post work on Sunday in the Park with George  one of Sondheim's show.  If you have HBO you can find it and download it now. I would highly recommend it.   It is good because they use old interviews of SS and they shot new production numbers which help tell his story.   Sondheim's bio I found very compelling.   Divorced dramatic parents who left him home alone not necessarily literally but definitely figuratively.

As his unbelievable strong work ethic appeared early in life and his mom seemed as a cold as a witch's tit (gawd, I haven't used that expression in years)..I was pretty sure SS had moon in Capricorn and it was doing something effed up to Saturn.  Lo and behold, his Moon is in Cap and it is conjunction with Saturn.  No shit. 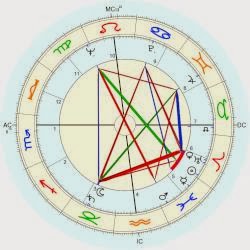 How perfect that Pluto is on top of his Moon and Saturn right now.  He is getting the world's attention. if you notice, you will see he has Pisces on the 5th house cusp.  The 5th house is all about drama and theater.   Pisces builds worlds within worlds,  additionally Pisces rules songs and music.  No surprise he has four planets in the 5th house.   Neptune is the ruling of the 5th and is elevated in the 10th house, this supports his long career in theater.  This also connects up with his passion for booze which he says helps him write.   Ah,  Neptune strikes again.

Anyway, do yourself a favor and find Six by Sondheim…and then come back and look at his chart.

Also you will note that he identifies himself as a loner…. Scorpio on the 1st!