New Year---Time to Start Prepping for the next Treasure Map 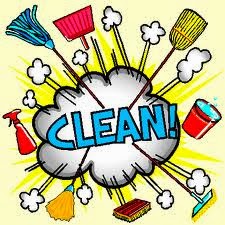 As we all know, we take Aries New Moon  to make a Treasure Map, a collage of all the things we want for the new year. Yes, the new year starts in Spring not January.

Anyway, between now and then we should clear out clutter and junk. We get rid of stuff that is no longer working in our lives. This includes tangible stuff and non tangible like 'beliefs' "opinions" 'styles" .

We start to clear space so that by the time we get to March 30  we'll be ready to set our course for our future.

As a reminder to everyone with a 2013 Treasure Map that we are in the last quarter for that Map.  I am confident many of you have gotten results.  I also know some of you have had little stuff but not big stuff emerge.
And of course some of you are probably a bit disheartened because it looks like you have not had anything from your map emerge.
Do NOT be down.

The truth is that the last Aries New Moon in April (2013) we had an aspect with Mars that was influencing the whole cycle.  I mentioned back then that Mars is a warrior and takes no hostages.  One has to have a strong gut to let Mars make changes.  And not everyone is up for it.   For example if you want better communication and more love in your relationships but you are still doing the same thing over and over again, why would it be different?  Treasure Map or not.   Especially with Mars influencing the map.   It may mean doing something very brave, perhaps cutting someone out of your life.  Or behaving radically different with a love one.   Like I said Mars does not take hostages. If you want big changes in your life you got to do big work.

it is important to remember that between now and March we are going to have a buttload of astrological aspects and actually the month of April has got even more big changes.   I have a feeling some charts are waiting for these aspects to roll out before the map gets a big boost.   I know I can feel it in my own map.

Anyway, take this time between now and March 30 to clear out your lives.   Get Lean.  Not just your body (Like I should talk ???)  but just lean --in general.  Do you need that scarf?  That old towel?  That broken TV?  That opinion?  That friendship?  That job?   Lots for all of us to process.