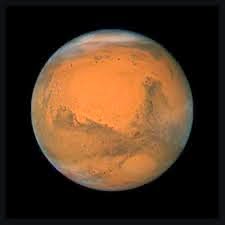 Let’s get our Mars information turned on now.

First of all Mars is usually in a sign for about 8 weeks.   But when it goes retrograde and slows down it is in a sign for six months.  Do you think when it is in a sign for seven months we are getting a lesson?  No shit.     So on Dec 7 (2013) Mars went into Libra.  Then on March 1 it turned retrograde.  And now on May 19/20 it is going direct and finally on July 26 it is going to get the hell out of Libra and move into Scorpio.      So, ask yourself, how are your relationships?  How are your partnerships?  How is your ‘maleness’?  How is your femaleness?   Is it all cockeyed?   Some of you have been extra butch.    “I told him a thing or two.”  Even if you don’t have one, have you been taking out your penis and measuring it with others?   And what about your passive aggressiveness?  How are you double downing in manipulation?   The fact is that Mars is not comfortable in Libra. It is what we call his detriment sign.  So, he does not play fair when he is in Libra.  Who is full of shit?   Are you really getting mad at them?  Why?  If a person is lying to you and manipulating you, guess what?  Is it their fault for lying or yours’ for believing the lie?   Sure there are some people who are blind sided—sort of, but deep down they may have known something.       In the meantime, some of you will take Mars in Libra to improve on your negotiation skills.  But again, don’t sell the farm for peace, you may pay too much.   B-R-E-A-T-H-E , because at the end of the day, Libra is an air sign.

The dates we will want to watch as Mars finishes up his move in Libra are the following:

And if you are at all confused about Mars energy---here is some music to help set the mood.