Mars retrograde. That screeching sound is just the brakes 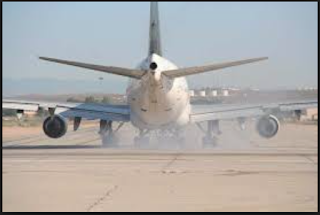 Mars is normally in a sign for a couple of weeks but when it retrogrades it is in a sign for an eternity.  Case in point when this cycle is over Mars will have been in Scorpio for about 4 months.   Lord.    Mars turns retrograde about every two years and it does not do it quietly.  Ah, no.

With Sagittarius there can be an aggression to find truth but we might have to pull it back to see the bigger picture (remember Saturn in Sag who is also about Truth is already retrograde).  When Mars retrogrades back into Scorpio on May 27th we will have an opportunity to look at regeneration, sex, death, taxes, loans and money money money for several months.    I have spoken quite a bit about Uranus moving into Taurus in 2018.  This will impact the world’s economy.   I would highly suggest that we all take the time while Mars is in Scorpio to tidy up any money, properties and resource issues.     Also, Mars in Sag does speak to travel.  Some of you who have not been traveling as much as you wish may finally get energized to get out of the house!   Remember it is going retrograde to get our attention.  So, if you don't exactly travel during the retrograde you could plot  and plan your way to future traveling.

Mars of course is a warrior.   There will be battles.   Depending on which house Mars is traveling in your chart will determine the battle ground. And the battles can be both internal and external.   Of course there could just be slowing down.

1st House:    Battles around independence.  Separating from others.   Showing how you are not the same as others.   Telling the truth by your actions.  Not just words.  Separating for your identity.    Slowing down to separate from nonsense.

3rd house:   The brain is moving too fast.   Here comes sharp words.   Especially around neighbors and siblings.  Battles around communication.   Struggling to be heard.    Fighting with gossip.   Slowing down to actually hear yourself.  Slowing down to get a bigger vision.

5th house:  Fighting for play.  Battles around creativity.  Having fights to have fun.    Some play fighting.   Fights around love and being in love.   What is your truth about love and creativity?  Now go fight for it.   Slowing down to appreciate the creative process.  Slowing down to feel love.

10th house:   Battles around career.  Jockeying for higher position.   Moving up the career path.  Slowing down to find a path that puts you out in the world in a real leadership way.

12th house.   Battles in the psyche.  Slowing down to hear the negative voices in your head, then battling them.   Actions that support you finding faith.    Battles that help humanity can help self on the path to faith.

It is possible that Mars goes between two houses in your chart.  Meaning it starts the retrograde in let’s say in house 11 and then moves back to 10.  Or it starts in 5 and then goes into 4.   You can go to astro dienst for a free astro chart .    Remember look for the houses in your chart that are between 23 Scorpio and 9 Sagittarius.