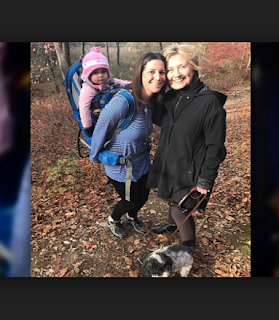 Like political pundits, journalists and academics, astrologers will also be studying the results of Tuesday Presidential election for decades.   How did so many astrologers get it wrong?   Easy.   We are not in their skin.   Meaning we are not in HRC or DJT’s skin.   I pointed out along the way the following on July 25:

It is difficult to use astrology to figure out a winner in a presidential election.  Here is a great article that explains how difficult it is to forecast.  However that doesn't stop us from trying!   I  remember in 2000 when the recount was going on for Gore V Bush and everyone was having a hard time locking on the astrology of who would win.  Primarily because we weren't in the skin of Gore or GWB.  Is Jupiter a win for Gore or is Jupiter a relief that he doesn't have to do the world's worst job?  Who knows?
It was not until one astrologer and I can't remember who did it but the astrologer took the two charts out a couple years and Gore had aspects that suggested he was in an educating cycle and GWB's chart looked like someone who was at war.    It was then the astrologer said, "Gore will lose"   And of course that was correct.  Gore lost the electoral college and later he did go in 'teacher mode' with his tour of an Inconvenient Truth.  And GWB was at war which we are still fighting.  Sigh.

HRC’s had some good and bad aspects this fall.   DJT had rough aspects and a couple good ones as well. But I thought the good ones favored HRC more.   Low voter turn out will probably be connected to the Moon in Pisces that day.  But we’ll have time to figure all that out later.  Back to the skin part, although those nice aspects would have seemed to support HRC in her goals, perhaps the level of relief of no longer being a politician was more of value to her in the long run.    To be free of this mess.  And perhaps the pressure and yuck that DJT has just stepped into by becoming the President Elect syncs up with his tough aspects.    More sigh.

All I know was when I saw the photo of HRC taken when she and Bill went to walk the dog on Thursday I thought, that relaxed-ness looks like Saturn trine Saturn.  “I did all I could and now I’m done.  Let’s walk the dog.”