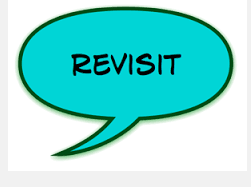 A dozen days ago and a lifetime,  I put up Scorpio New Moon.   I want to revisit the article with this section.   As Jupiter starts building towards its first couple hits with Pluto and Uranus we may benefit by reading this again.

Jupiter versus Pluto and Uranus

As indicated this cycle is mostly free from outer planet tension however, Jupiter is in the mix with Pluto and Uranus during the next year and it gets launched this cycle.   Technically, Jupiter is an outer planet, which means it is on the other side of the asteroid belt.  But when he gets into it with his fellow outer guys (Saturn, Uranus, Neptune and Pluto) he moves fast.   Case in point Jupiter went into Libra in the beginning of September and it is already in the teen degrees of Libra.   But of course Jupiter retrogrades every year and he will go right back over the sweet spots activating the tension with Pluto and Uranus.    Sigh.   The dates we need to watch are the following:

Jupiter’s retrograde in 2017 takes place on February 6 at 23 degrees Libra and it will stay retrograde until June 9th going all the way back to 13 degrees of Libra.    Basically we will be feeling the Jupiter energy for about a year.    And the tension will get more and more tight the close to the above dates.

So what does all this mean?   Well on one level we are used to the Uranus/Pluto tension since we were beaten down within an inch of our lives by the two of them starting in 2012 through 2015 and I would say really our Pluto slapping began when Pluto moved into Capricorn in 2008.   Which as you remembered was when the world economies came crashing down.    The rubble we were left holding was the beginning of our new lives.   Blech.   So, yeah, we have all been schooled by Uranus and Pluto.

But now we have Jupiter coming around throwing rocks again.   Lord help us.   Jupiter is the mouthiest planet in the zodiac.  Yes, Mercury rules communication but Jupiter rules our ideology and people can get quite loud about what they believe.    It is also righteous since it is the planet that rules religions and living by laws.   Remember he is the biggest planet in our zodiac and Jupiter/Jove was the judge of all the other gods.    Having Jupiter go back to Pluto and Uranus will bring up all kinds of finger pointing.  Globally we are not done with the political challenges.    The shit show that has been the USA’s presidential year will be explored and exploited a great deal by various avenues in 2017.  Jupiter will demand it especially since it is in Libra.  “Your side did this!”   But of course the real answer is sorting through the path that our side took that got us here.   Instead of looking at the other side let’s clean up our side of the street.   On a personal level, Jupiter in Libra will be trying to find balance all year in relationships and partnerships.  Negotiating a path that makes sense for all parties will be important.   With the Uranus opposition we will be finding a way to bring our authentic self and personal identity to the relationship without suffocating the other.   And with the Pluto square we will either try to control something/someone to death or we will accept that something is not going to change and either abandon it or let go in a deep level and take care of self.    This is not easy work.  This is the monumental work that people are doing in AA and Alanon meetings all across the world when they repeat out loud the serenity prayer:

Read it a second time.

Read it a third time.

There, have you got it?  Great.  And read the prayer as much as you need to during this 29 day Scorpio cycle. Do you think it is a coincidence that the Jupiter/Pluto/Uranus cycle which is poking on our belief system in a profound manner is being activated during Scorpio 29 day lunar cycle where we are letting go of stuff that keeps us stuck?    No of course it is NOT a coincidence.   We will be talking a lot about Jupiter/Pluto/Uranus especially next month during Sagittarius but in the mean time really begin to unload stuff and stay close to the serenity prayer.  This will help soften the bumps and move us forward which of course is always Jupiter’s goal.