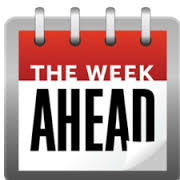 On Saturday (8/15) We move into the final phase of the moon (Balsamic).   The balsamic is when we release. In this case we are releasing a lot of emotions.  Perhaps pent up emotions.   Just before the phase shift (by ten minutes) Uranus stations retrograde.   While this is an annular event, we should still consider its change to have a bit more potency given its change of direction in the middle of a intense weekend in an stimulated summer.   You can read all about it here.     The New Moon in Leo launches on the  18th  giving us a chance to move out of emotions and into action, fun, strength and creativity.   More to come on that in a separate report.

On Friday (8/14) at 4:35pm (PDT) The Moon moves into Cancer.  As we discussed in the new moon report, we are paying close attention when the moon is in the cardinal signs (Cancer, Libra, Capricorn & Aries).   On Sunday (8/16) Moon will oppose Jupiter, oppose Pluto, square Mars and oppose Saturn.    That is a rough and tumble day.  Short fuses, thin skinned, high emotions and ability to resent just about anything.  Luckily, there is a nice trine with Neptune in the middle of all of it that may send an angel or just an hour or two where we remember we are here with other humans and we’re all trying to figure out our way.   Not an easy day.   Mind your driving btw.

Focus on How are you releasing your emotions?  Read that twice.