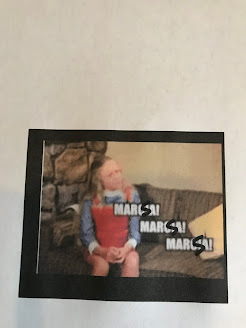 This Leo New Moon and twenty-day cycle creates a bubble of support which is excellent given the other planets continue to toss and turn.  As we have discussed we are in the middle of a lot of drama with Mars.    The dates for Mars are:

During the Leo lunar cycle Mars squares Saturn on August 24 and Mars stations retrograde on September 9.   We probably should get down on our knees and thank everything that is holy that these two Martian energies are happening within an optimistic Leo lunar cycle.   We will need it to support us.

We are arguably in a very stressful planetary period and it will intensify in the days heading to August 24th and throughout the period up to September 9th.   There may be some relief after the 9th, accent on ‘some’.

To understand the pressure, we need to remember Mars is a warrior.  Mars pushes to get stuff done.  In its home sign of Aries, it pushes for a new way, a new independence, it has a confidence but a fire that is hard to contain (as in the above grassfire analogy new moon report.)   Where we have Aries in our chart is where we feel like a lone wolf.   Either we want to do something our way, using our personal will power or circumstances have put us in a lone position.

Mars is in Aries until January emphasizing our need to assert ourselves.  Our voice, our action, our energy.   Unfortunately, the square with Saturn has, at first blush, a feeling of impotence.  We feel as if we are lacking tools, structure, support to do what we want to do.  We may sense we have to go back to the drawing board and rethink our action.  When Mars turns retrograde it will be similar to a road trip when we realize, “Oh, no I left my camera in that giftshop—we gotta go back”.  Instead of a camera we are going back to find our smarter, sharper inner warrior.  We are finding the support, the tools, the action plan that makes the most sense.   But along the way, we may get into some dust ups with others who also are looking for their warrior tools.   We need to take care that we don’t get caught up in the firestorm of some event and then later it turns out to not be what it appears.  Perhaps in our haste we moved too quickly.   Sorting through the noise in a bumpy period will be challenging.   Breathe.   Watch that gut next to your solar plexus, it will guide you to the right fight.

Also, play a lot of soundtracks from Sergio Leone.