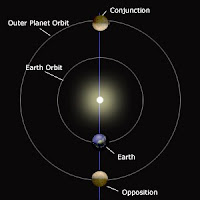 On September 15--Saturn in Virgo will Oppose Uranus in Pisces for the third time since last November. We will have two more rounds of opposition but only one more will be in these signs (next spring).
Virgo rules health and hygiene and Pisces rules Medicine . No shit, Sherlock that the health care reform bill has been front and center since the last Opposition in February. Between now and the 15th I expect to see one hideous fear mongering health related story after another as these two energies are pulled and stretched.
Today I came across this story and thought----"Oh, there is the opposition!"

Report:
Swine flu could kill up to 90,000 in U.S.
The H1N1 flu virus could cause
up to 90,000 U.S. deaths, mainly among children and young adults, if it resurges
this fall as expected, according to a report released Monday by a presidential
advisory panel. The report says a vaccine, expected in mid-October, would come
too late to help many victims.

I continue to be bored by these stories as I find them all part and parcel of the hype fear mongering angle of the opposition.

ETA: I totally meant to add---and south node is officially in Cancer which I have written about quite a bit here and on Margaret Wendt's website. South node in Cancer brings out childish fears. This is added to this mess brings out even more ridiculous fears. We should all reach for Capricorn. Wise and Reserved is the key to all.
Posted by Tracy at 9:22 PM