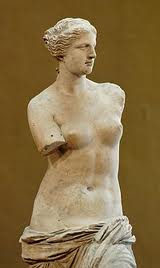 Venus is a fast moving planet.  It goes through the signs at a clipped pace and therefore when it is in aspect it is typically in full force for only a handful of days.  Whatever lesson Venus is teaching is a quick process.

So I was aware and wrote about it here that on Saturday August 24 Venus was in square to Pluto.   This happens twice a year so it is not what you call a big deal.  Yep, there are pressures on money, pressures on values, pressures on love and beauty.  And because Pluto is in the mix, the pressures are exaggerated because the darker side of love, values, money and sex are in the spotlight.  But again, we get it twice a year.    However, when I started to see clips from Mylie Cyrus’ performance on the VMAs and the public outcry, I thought.  Yep, there’s Venus square Pluto.   Apparently, Mylie decided it was time to publicly execute “Hannah Montana”.

I then noted on Tuesday August 27 Lorri DiMaggio, the sister of James Di Maggio  the 40 year old man who had kidnapped 16 year old Hannah Anderson,  (What is the deal with the name Hannah?)  and was eventually shot and killed in Idaho (If the shootout had happened in Montana that would be too weird).    Anyway, Lorri suggested that Hannah is not all what she see seems.   If you read between her lines she was spelling out L-O-L-I-T-A.   Look up that in the astrological handbook and you will find a picture of Venus in aspect to Pluto.

Then today my friend Michelle pointed out to me this story.  On Monday a 54 year old former high school teacher was convicted of rape of a 14 year old student who then took her own life .  He was given a sentence of 30 days in jail.      By the way, this happened in .... Montana.

So looking back we have got a lot of young women and underage women in the news.     I’m not even going to suggest I have an answer to any of these stories.  But,  I think you would have to be an idiot to not see there is pain in the middle of them all.  Where we have Pluto is where we have depth.  Pluto is pushing us to look at ourselves and where we fall on sex and youth and in particular young girls.

As Venus and Pluto unwind from the aspect and we all walk away from the dust,   I will leave you with this article: The Myth of the Teenage Temptress  (Thank you, Michelle).   Very thoughtful piece.