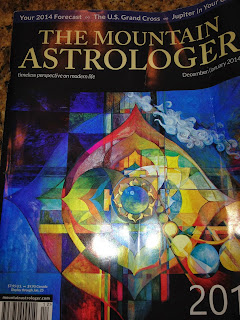 Do yourself a favor.  I mean right  now do yourself a favor.   Go to Mountain Astrologer and get the latest issue (Dec/Nov 2014).   Tem Tarriktar the editor has put in an article he wrote all about the slog in front of us.  You know I have been talking about the tense aspects and eclipses in late 2013 through spring of 2014 for a while.   But Tem lays it out in a clear brilliant easy to get your head around manner.

I was curious to read that The Blood Moon Lunar Eclipse on April 15 will be extra dramatic for those of us living North and South America since we are on its path.   And I was unaware the path puts the eclipse directly overhead those of us in the Los Angeles and Southern California area.    Hmmm…note to self, put the earthquake straps on the fridge.

And of course wonky Mars trek through Libra along with Jupiter in Cancer are in all the charts.