Are you doing this? I certainly hope so. 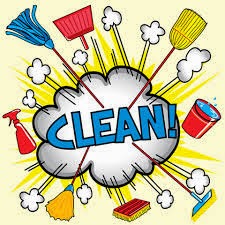 Last year on March 30 we launched the Aries New Moon and theNew Solar Year.    During that time we made Treasure Maps.   We harnessed the energy of the cycle to set goals for the year.   That is the real New Year!    We planted seeds.    We allowed ourselves to set our sights on the world and consider what we wanted.

We are now in the last two months of the 2014 Treasure Map.
Take a look at your Treasure Map and see what has manifested since last March.  Show gratitude.
What has not manifested?  We thicken our skins and not take things personally.  If stuff from the map has not manifested then we dust ourselves off and continue to do the work to support that goal.  We remain courageous that our goals can still show up.    And we also are honest and ask ourselves “Have I outgrown some goals?”   If so then we let it go.

We should also be in the big purge.  Between now and the next Aries new moon April 18 5:57pm (EST) we start to get rid of stuff.

And what about the hideously lame beliefs you have about yourself?   Those beliefs that keep you small and keep you accepting scraps?  Are you ready to get rid of that stuff, too?
Take the next two months to get rid of all the broken down stupid stuff that has no business being in your life.  You don’t need to do it all today or even this month.   Do this in bit by bit so that by the time you get to April 18th your world will be clean and clear and ready to build your new Treasure Map.