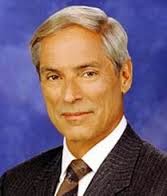 Last week I wondered about Brian Williams and the hoopla surrounding his story enhancements and I thought about Saturn in Sag.    We all basically were watching the pitfalls of exaggerations which could for sure be the property of Jupiter in Leo as well.     Then when Jon Stewart announced he would be leaving this year from Daily Show I thought..."Huh, announce now?"  And then I remembered he and Brian Williams are friends and love to get their New Jersey on and I thought, "Oh, maybe he was giving Williams coverage while the media surrounded his announcement and not his friend Brian"  How Aquarius of him.    And now today, Bob Simon, CBS 60 Minutes correspondent was killed in a car accident.    Upon hearing that,  I stopped everything to look at Neptune.   Neptune is at 6 degrees Pisces and later this year Saturn will be squaring it but I wondered where is it right now and I looked and it is 4 degrees Sag.  I gotta say 2 degrees may be close enough to cause some pain.    Neptune dissolves anything it touches and on some level I think maybe that is what we are dealing with in all three cases.

I woke up this morning to news that David Carr, NY Times Media Reporter died.  He collapsed at work last night.      If you don't know about him--you can read about his extraordinary life HERE.