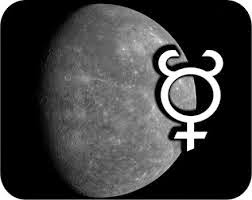 Hurray!
Can I say that?   Did I really have to fix a tire twice in one retrograde?   Was conversation loaded with mixed messages?   Were people saying one thing but doing another?  Was it hard to track the intention of others?    Yes, it was a cuckoo Mercury retrograde.   But under all the fuzziness and frustrations there was a signal of truth pulsating out...beep, beep, beep.  Did you get it?   Did you call horseshit when you saw it?  Even if you didn't say it out loud did your brain get it?   Did you cut through any Telanovelas?   Did you keep your emotions in check while you sorted through the BS?  Good you were paying attention.

Now let's take what we learned and apply it.

Remember we are still in Aquarius lunar cycle.  Third quarter moon is later today.  How are you being brilliant?  How are you being dynamic?  How are you following your own tune?  But how are you still connecting to your group of like minded people?  During the retrograde did you realize you have outgrown your group? Did you feel disconnected from your group?  Did you find one voice in someone new and are thinking about starting a new group?   Did you shake your old clan?   I will share something about breaking down clans a little later today or tomorrow.

In the meantime, enjoy Mercury Direct!