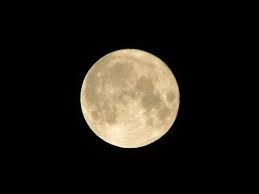 So a Full Moon in Aries during a normal period is pedal to the metal on every task, conversation, appointment and issue.  And along the way if we need to get into a fight and push back on something while we are heading to take care of whatever it is, sure, yes, let’s get into a fight.    Remember, Aries is here to survive and will break through any wall to get what it needs to survive!   That’s your garden variety Aries Full Moon.

But, and I have a feeling you are already are feeling it; this full moon is not your garden variety Aries Full Moon.   Not by a long shot.    As of this writing,  Mars is preparing to join up with Pluto on October 19th at 16 Capricorn.   You do not need to look any further than Trump V Clinton or perhaps Trump V The World to feel the tension.

We began a little relay race on October 7 when the Sun made one of its annual squares with Pluto.  If you are trying to remember where you were that Friday let me help, that was the day the Billy Bush Access Hollywood tape dropped.   Then on October 15 a few hours before Full Moon, The Sun opposes Uranus the planet of chaos and change and then by the time we get to the actual Full Moon on top of Uranus.    Our communication is also in the mix with Mercury square Pluto on Oct 15.   Then a few hours after full moon, Mars and Pluto join forces on the same date as the final debate.  If you think everything will be nice and cool and simple between now and the debate – you would be incorrect.   This is a hot mess of rowdy planetary action.  What else could drop?   Only Uranus and Pluto know!  Expect anything.    And then on October 20th again after the Full Moon but still in the astro mix, Mercury opposes Uranus suggesting more break outs, break throughs and plain simple crazy talk.     Okie dokie,  as I like to say, the Universe is getting our attention.

I don’t talk much about asteroids not because they aren’t important but more because I don’t want to overwhelm my readers.  However it needs to be pointed out that the asteroid Eris and dwarf planet Ceres are right next to the full moon.   Both are feminine warriors.  Ceres is how we find our nurturing and right now in the sign Aries, we find nurturing through war and fighting.   How fitting that women are fighting back on some insane rhetoric.  There is something also fitting that that this journey has intensified since Jupiter moved into Libra the sign of beauty and a former beauty pageant winner was propelled into the news where we all had to wonder, “Is she fat?”   And “Why is she being shamed?”   In terms of Eris , this asteroid was discovered in 2005 and is the sister to Ares, the god of war.  How Eris plays out her energy is still unfolding as astrologers are still weighing in on what she is fully about but we know enough to know that she is a warrior and she brings up discord and disruption.

So, that is a lot of anger, fighting and warrior energy for one week in one volatile period.    What does it mean to us personally?

If you have your chart take a look at the houses where you have 24 degrees of Libra and Aries.  Are you feeling disruption or unrest in those houses?    Even if you don’t know your chart you will feel the energies play out.    The point of course is not simply to yell and scream and go crazy. I mean, yes, you may do it but the point is to go deeper (Pluto) and ask what is really going on?    I will make up an example to illustrate.

Perhaps you are furious that you are always doing something alone (Aries) that you don’t feel you have any partner or your partner is disconnected (Libra) and a lot of burden is on you.   Sure that is a reason to be annoyed and sure go ahead and express your frustration.  But if you want to bridge (Jupiter in Libra) this information on a deeper level (Pluto) then ask self, “Why am I always doing it alone?”   “How have I set this up?”  “What do I get out of it?”  “By keeping the burden on me do I believe no one else will do it?”  “Where did that opinion start?”  "What would it look like if I just proved it wrong and dropped the ball?"   “What would it mean to let the status quo take over (Capricorn)?  Or are you ready to really break free and be independent (Aries) and carve a new road?     And with Sun in Libra how do we give up self to stay in relationship(s)?  Is this working for us?   Does it mean we dump the relationship?  Sure, you can.  Or for others maybe the answer is to simply focus on self and nurture self (Ceres) and let the partner do his or her thing.   Will it mean the relationship is over?  Maybe.  Maybe not.  Maybe there needs to be a break and recalibration.    Maybe we need to double down on negotiation.    Negotiate a plan to get better balance.    And if no one is willing to do that...perhaps that is an answer you need to fully embrace.

Most of our full moons in the cardinal signs (Capricorn, Aries, Cancer & Libra) in 2017 will have us go back to personal breakthroughs (Uranus in Aries) so we have a lot of time to process this experience.  Consider this Full Moon Aries the starting block from which we begin our long run.   And remember, with Libra Sun we are considering our love and appreciation so perhaps the key is to
Be Good to self.  And remember, 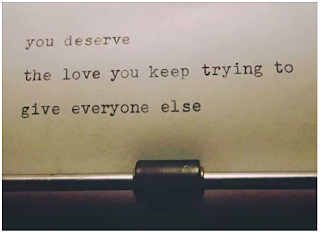