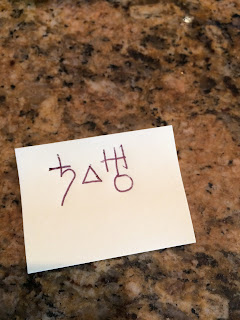 Not exact after November but still lingers until fall of 2018

Saturn lives for structure, hierarchies and organizing; while Uranus loves to rebel, create chaos and break out.   At first glance we are left scratching our heads as to what it looks like when these two are working together?  That’s quite an odd couple.

When they team up in a positive manner (trine) they generate a lot of creativity.  A lot of inspiration.   A lot of building something from the ground up through a new view point.   Sometimes all you need to do is step to the left or the right from your usual position and find a whole new view.   That is what Uranus reminds Saturn.  And once in that new spot, Saturn gets to work.

When you look at the previous cycles we see that this aspect is the bright spot in an otherwise rough period.   Consider that the Saturn Uranus aspect from the 1950s started to come into play near the end of the McCarthy hearings.    In the 70’s it was smack in the middle of Watergate.   In 2001 it actually had its first aspect on September 12, 2001.  Note that date!   And now we are in this cycle.   Let’s see how it plays out globally.   I know I am watching it.

But personally, we should pay very close attention to any optimistic moments that come out of the blue.    And then ask yourself how can you build upon that moment?  Is it a kind gesture from some random person?  How can you incorporate that concept into changing your opinion on humans?     Is it a gift from the universe in some other way?  Someone calls you up and says, “I have ____ , I don’t want it any longer do you know anyone who could use it?”   And it turns out YOU are that person who could use it.    Look at all these random moments and use them to build a new path.  Remember this is Saturn in Sag trine Uranus is taking place in fire signs, which speaks to our beliefs & opinions (Sag) and new beginnings and independence (Aries).     We are looking at others who have hearts on fire and wondering how to find our own inner flame.     The key is not to look to others to get the flame but more to acknowledge it is already there and they remind us we are not alone (Saturn).

We will be feeling this until 2018 although the last exact aspect is in the end of 2017, it has a long tail.