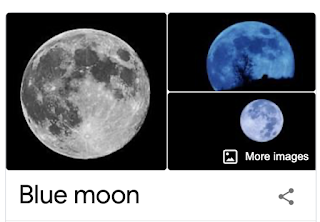 from Wikipedia of course.

When I contemplated this full moon near the end of an extraordinary year, I started to think about focus pullers. Do you know those people who cannot control themselves and have to be the center of attention no matter what the circumstances?   You know the person at a baby shower who can’t find their keys and has to get everyone around them looking for their keys including the mother to be.   We all know those people and we  can all agree that being in their shadow is  the worst.   In some weird way that is what I feel is going on with Uranus in Taurus.  All year long we have had Jupiter, Saturn, Pluto in Capricorn sucking up all the astrological oxygen in the room and whatever is left over Mars in Aries grabbed.   The warring of these cardinal planets that began ten months ago has been mind-boggling to witness and process.    But after November and after Mars stations direct, we will start to feel a softening of the energy sucking cardinal planets and we will all begin to pivot to Uranus who will create its own focus pulling  in 2021.     In January,  Jupiter will square Uranus and on Feb 14, June 14 and December 24 Saturn will square Uranus.  There will be a lot that we work out in 2021 and it will all be centered around changes.  Not small but mega changes.   Perhaps Uranus, tired of the focus pullers in Capricorn is grabbing our attention on this Taurus full moon to help us later 2021.

Taurus is not easy to change.  It can build something up bit by bit, show a lot of patience, take a lot of guff and hang in there because it knows if it waits long enough it will succeed.  It can build something great.    However, the not so good side of Taurus, is it can be very stubborn and hang on and hang on and refuse to give up when something has outlived its usefulness.  Taurus can get too lazy and too comfortable and can miss real opportunities by being stuck   This is the gift of the Taurus full moon, it has the Sun in Scorpio on the other side pushing and reminding Taurus the value in letting something die.    It challenges the lazy or fear -based  stubborn Taurus and says, “‘Let it go, man, there something better out there.”  Let’s do it different.  “

During this full moon, consider doing something in a different manner.  With Uranus, we should expect the unexpected.   Uranus is the planet of lightening and earthquakes and there is just a level of chaos under the surface with this full moon.  The chaos could be under of our skins and/or in our environment.    Uranus is one of the thinking planets (Higher octave of Mercury).  A lot of us will be thinking about changes, perhaps abrupt changes that we could make.  Maybe we don’t jump on the changes, but we will just start thinking, “What if ____(fill in the blank.)    Those thoughts could be important in 2021.

In the meantime, for those of us who live in the USA, we will have our general election on November 3, smack in the middle of this full moon.

Technical malfunctions could be an issue at least in the beginning of November 3 however at 12:49pm (EST) Mercury will turn direct and that might help the situation.

Finding our center will be difficult during the full moon but if you can do something simple like  take a walk it will help with grounding.