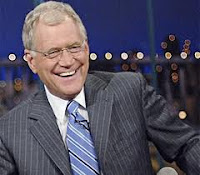 Happy Birthday. One is cold, treacherous and moribund and the other is the Titanic.

As I mentioned back in January, there have been lot astrological discussions about the Titanic over the years. The tough aspects between Neptune with Sun, Moon and Mercury are very clear and have been discussed ad naseum.

This week the New York Time posted an article in which a new theory has come out that tides were unusually high between Dec 1911 and Feb 1912.

The first says Earth’s nearness to the Moon and the Sun — a proximity not matched in more than 1,000 years — resulted in record tides that help explain why the Titanic encountered so much ice, including the fatal iceberg.


Along with the strange tides, there was also another theory.

And a second, put forward by a Titanic historian from Britain, contends that the icy waters created ideal conditions for an unusual type of mirage that hid icebergs from lookouts and confused a nearby ship as to the liner’s identity, delaying rescue efforts for hours.

So, crazy tides and weird mirages come out now a 100 years later but at the end of the day--it is still all Neptunian.
Posted by Tracy at 7:46 PM