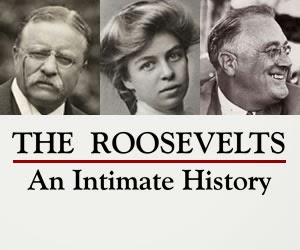 Are you like me and have a secret passion for Ken Burns documentaries?

Honestly, KB could do a documentary on The Kardashians and I would watch it  (actually SNL should do a Ken Burns documentary on the Kardashians).  Anyway, yesterday Mr. Burns' latest doc launched on PBS.  Yes, Peter Coyote does most of the voice overs.  Yes, there are endless slow pushes and dissolves.  Yes, there are a lot of violins.  In short, yes it all super Ken Burns-y.   And yes I thought I was going to skip it because I feel like I already know these three people but I couldn't stop myself and my secret passion for KB (even with his woeful bowl haircut) got the better of me.  I began the series. 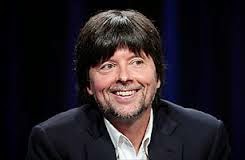 So, if you, too started watching it last night and you have a passion for astrology you may have gone poking around for Teddy Roosevelt's birth chart.   I have always known TR was a Scorpio but I didn't know the rest of his chart.

However as I heard Peter Coytoe's narration I knew there must be strong Gemini and or strong Mercury.

"He fought for the lightweight boxing championship at Harvard.  Edited a newspaper.  Won election to Phi Beta Kappa and was asked to join three of the University's most prestigous clubs, The Dicky, Hasting Pudding and Porcellian.   And somehow he found the time as an undergraduate to begin writing a four hundred and ninty eight page history.  The Naval War of 1812 that would eventually influence a generation of naval planners. "

And so I found his chart over at astrotheme. 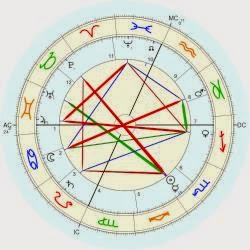 What do we see?  Sun in Scorpio with Mercury conjunction in the 5th house no less.  Born into a bully pulpit with that placement.  Had he not gone into politics he may have probably been a publisher.
And sure enough, there is Gemini on the Ascendent.    The writing was there.    Along with Jupiter in Leo in the 3rd house.   My god, this guy was blustery.   But he was also a man of action not just talk.  Mars in Cap in the 8th house.  His natural reserves are deeper than the average Joe or Roosevelt.   Funny that the Roosevelts had been in NY for two hundred years before Teddy but it was he who broke the mold and everyone really heard the name.   Ah, Pluto in 10th.

If you are interested in the series you can find more about it here.