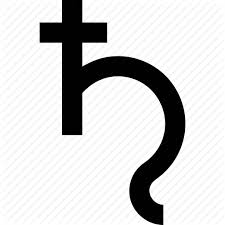 Saturn turns retrograde on March 25 at 16 Sagittarius.  It will retrograde for four and half months all the way back to 9 degrees of Sag on August 13.     Progress could feel delayed during this time.   Look at your natal chart and see what house has 9-16 degrees of Sagittarius.  Hard work and discipline will be needed in those house issues.  No short cuts.    Focus and stick-to-it-ness can be the hallmark of a successful Saturn retrograde.   It should be noted that Saturn is in a tight spot with Jupiter (see other post) and in tough spot with Venus.     Values feel stretched and pinched.  And money and love matters is in the mix.      Sag is about truth and goals and vision.  Sag by itself can be very mouthy.    Saturn in Sag is certainly bringing out a rough primary season in US politics.   Lot of blowhard rhetoric.    It should be interesting to watch the political race for the next four months and see if Saturn taps down the rhetoric and demands substance.     Note that Democratic Convention ( July 25) and Republican Convention (July 18) are both during Saturn's retrograde.   What ever happens in Philadelphia and Cleveland will be one thing and after August 13 will be another thing.

Anyway, work hard for the next four months,  watch your life and your opinions and see if they in sync?   If not then let's see how it all plays out between now and August 13 and maybe you will be more in sync by the end of the retrograde.  Good luck!
Posted by Tracy at 10:32 PM