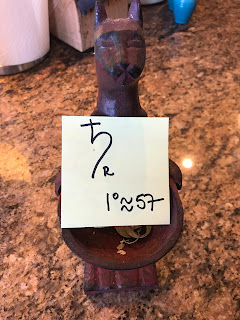 On March 21 Saturn moved into Aquarius where it will begin a two year journey.   It was noted by every astrologer on God’s green Earth that the era of self -quarantine in most of the world could not be a more clear manifestation of Saturn in Aquarius.

Saturn the planet of boundaries and restrictions in Aquarius the sign of humanity sent a message to the world.  Stop, get quiet and find humanity in a new way.

Saturn will retrograde in Aquarius until it pops back into Capricorn on July 1 then station direct on September 9 and return into Aquarius on Dec 17th.

Saturn is the most responsible planet in the Zodiac and he is the ruling planet of Capricorn and a co-ruler of Aquarius so he has a comfort in both signs.    In Aquarius, Saturn brings hard work and discipline in a novel innovative manner.   Problems that need focus and ingenuity will be helped by the Saturn trek in Aquarius.   While Aquarius can go long on the rebellious front, Saturn will frown on rebellion that is not sensible.    After Saturn returns to Capricorn there will be a pause on the rebellion and more focus on supporting structures and systems that work. Those systems that are broken will be put on back on the drawing board for another round of discipline and hard work.   Those things who have outlived their usefulness will be ditched.  The nose-to-the -grindstone will be extra pronounced for those people who have planets in late (25 -29 degrees) Aries, Cancer, Libra and Capricorn and early Taurus, Leo, Scorpio and Aquarius.
If you do not know your chart consider  what was getting your focus between January and now.  You may be revisiting those themes.

In December, Saturn will leave Capricorn for the final time not to return for around 28 years.   The first thing it is going to do when it jumps back into Aquarius is connect with Jupiter on December 21. This will end one very long cycle and launch a two-hundred year cycle where we will be asked to think, connect and communicate with humans and humanity in a new way.
Posted by Tracy at 4:53 PM