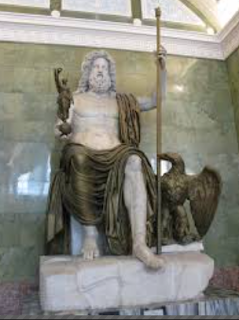 Jupiter has and continues to be a big player in 2020.  Jupiter and Pluto have had two intense aspects (conjunction) one in April and June and their final hook up happens November 12.   The weirdness that is our 2020 is due in part to several astrological issues including the tension of Jupiter and Pluto.  Pluto in Capricorn is showing the world the cracks in our government, business and big systems.  Jupiter in Capricorn wants big, practical solutions that can help the common good.  Of course, with a conjunction –there is tension.   Finding the solution works when the majority agree on the problem.  That is the rub.

Jupiter stationed retrograde on May 14.   Since May we have been assessing our ideas and philosophies either by things that have come up in our lives in a real way or by observations we have seen in the mundane world.   We are getting more and more informed on the problems. The gravitational pull of Jupiter is enormous and some of us may have been pulled into situations that were NOT on our ‘To-Do” list.  Ah, such is Jupiter when he has a lesson he wants to impart.   Jupiter is the bridge planet between the personal planets (Sun, Moon, Mercury, Venus, Mars) and the outer planets that speak more to society (Jupiter and Saturn) and the generational transpersonal planets (Uranus, Neptune, Pluto).

We discussed in previous reports that the last time Jupiter was in Capricorn was 2008, the year of the economic crash.   In December of 2019 Jupiter went into Capricorn and we saw the air go out of the economy.   Jupiter is part of the Covid-19 story.   By the time Jupiter retrograded in May we saw the cracks and fissures of a slowed down economy.   At the same time case numbers and deaths by Covid continue to be high.   When Jupiter stations direct on September 12 it will be exactly where it was in Feb 18.    If we could go back to Feb and tell ourselves something, what would it be?   What knowledge have we learned that we can’t unlearn now?   How have our opinions been shaped since Feb?    What have we been taught by the Universe?

Once Jupiter stations direct, he will move at a clipped pace and head towards Aquarius.   Jupiter will enter Aquarius December 19th and it will bring out a new lesson planner involving society and the groups of people that we share like mindedness.  Until that time, we process all that we have learned about practical solutions and practical applications that we can use in our life on personal level and on societal level.