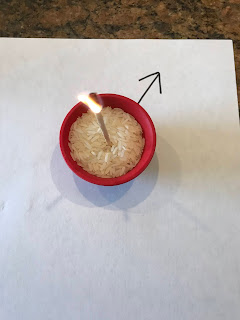 We have been discussing Mars all year. Everyone knows Mercury retrogrades, but there are other planets who also (appear) to stop and go backwards and that includes Mars.   Mars retrogrades every two years.  Mars is a forceful warrior.  Direct, committed to marching forward every hour of every day, every week.   A soldier like Mars who always wants to be going forward is not a good sport when he goes backwards.   Mars retrograde can be rife with tension.   Even if we do not have a planet touched by transiting Mars, the retrograde can stir up stuff that we all deal with one way or another.    In the case of this Mars retrograde, it is taking place in his home sign of Aries.  During the two- month retrograde Mars will get into it with three planets; Jupiter, Saturn and Pluto.    The first round of the aspects took place on August 4, August 13 and August 24.  If you have been feeling a force ramping up and tension building, look no further than these Mars squares.  Tension around action and feeling thwarted or trying to take care of business while navigating endless hurdles will be palpable.    It is a difficult time for those people who have short fuses and have problems with patience, even those people who are cool as a cucumber will be pushed.   But it is not all bad, people who have been asleep and let others walk over them may wake up.   People who have been busy letting others do the work and call the shots may say, ‘No, I want to lead now.”   Those who hang out in a head space of ‘peace at any cost’ may be challenged.   Lines could feel crossed.

Aries speaks to survival and life force.  Where is independence needed?  What does it look like to hold a hill in battle?  When is it better to give up the battle to win a war?  Or maybe it is time to no longer be in war?   The last time Mars retrograded in Aries was the fall of 1988 which ties to the beginning of the Berlin Wall and the USSR fraying.  By 1989 the soviet union would be over.    Do you remember what was going on in your life in fall of 1988?  What was your ‘life force’ telling you?    The time before 1988 was fall of 1941.   If you do not know world history, it is worth pointing out that Mars was retrograde in the fall and exited the shadow period at the end of December 1941.   In between Mars turning direct and leaving the shadow, the world experienced Pearl Harbor.  ‘nuff said.

Mars aspects will be:

This is not an easy period.   We need to be on our toes.  We may need to move fast.  We need to find the fire in the belly.   We need to calibrate our energy.   And as hard as it may be, breathe, exercise and try to keep your powder dry.   If you can.