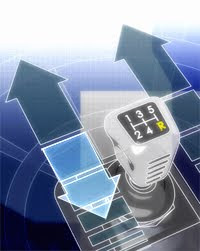 Mars the planet of action, speed, anger, soldiers, warring through and getting some place....will turn around and go backwards. Every couple years ago Mars will retrograde. Normally Mars is in a sign for about a month or so. But in the case of a retrograde Mars we will be experiencing Mars in Leo for a very long time. It moved into Leo mid October and normally it would have been out of Leo in November. Not this case, it turns retrograde today at 20 degrees of Leo and will slog backwards until March 10 when it will turn direct and then sometime around June of 2010 it will finally move out of Leo into Virgo. Basically we are getting this Mars in Leo experience for about 9 months. That is a long haul.

As I wrote earlier this week on the Sag New Moon---

On December 20, Mars will turn retrograde. Normally, Mars moves pretty fast in a sign but this is one of those times when it is in a sign for about a year forcing us to get the message of the sign. Leo teaches us how to personalize things. How to own it and make it our’s. Mars in Leo is a lot of actions based on personal desires. Yep, Leo is also about EGO and I’m sure there will be some loud noisy braggarts who are going to get their asses kicked while Mars goes backward (until March 2010). But at the same time if there are some of you who are shy and don’t share your valuable traits and talents and hide in shadows---well, knock it off. Did it occur to you, that shyness is hurting others? Still fighting me on it? Then don’t blame me when your hiding comes back and bites you in the ass too.
Posted by Tracy at 12:33 PM