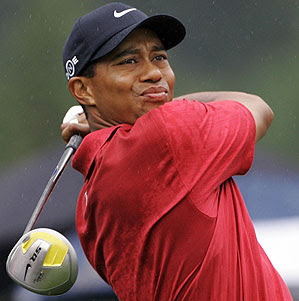 I was looking at my Scorpio New Moon which I posted about a month ago (way before Tiger's news) and I noted what I had to say about the Mars aspect for the scorpio lunar cycle.

Interestingly as we ping
pong between personal power and group activities we will also get a challenging
aspect from Mars. Mars is the warrior and he is extra snarky in loud mouth Leo
especially while he fights with lovely Venus. Venus in Scorpio is
sultry and sexy and she slithers along taking care of her orgasms and her
wallet. Mars in Leo who normally likes to get it on with Venus is not
digging her energy this cycle (square). Judging her sleazy and conniving
Mars is staying away from love. He would rather get his army together and
fight for a big dramatic purpose. Venus of course doesn’t get what the
hoopla is about and feels like a fish out of water when no one responds to her
usual tricks and so she gets sneaky. Since Venus rules money and values
(especially in Scorpio) we should expect some underhanded activities this month
due to her fight with Mars. But since Mars has all the dogs in this fight,
be prepared ---cheaters will be exposed! If you feel
like cheating, don’t do it. If you feel like going through the back door
on something with the thought it will get you to power or to money
quickly---here’s some help--- it won’t. Don’t believe me?
Watch what comes up in the news and you’ll be happy you listened to me.
Especially since Mars is also in Opposition to Jupiter in Aquarius.
Jupiter rules the internet and television so there will definitely be a public
brawl. And expect the same public scrutiny if you screw up.

No, surprise Tiger's news came out during this cycle.
Posted by Tracy at 7:25 AM