Off in the distance----Mercury happens 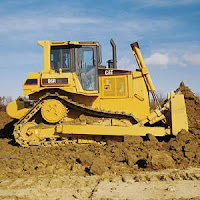 
Mercury went into its shadow on November 22. I usually remind you of shadow periods when the retrograde goes into effect but I feel this retrograde may be a bit more pointed than the other retros since it is taking place in conjunction with Pluto and we know the "P" in Pluto stands for Point (up our ass.)

It has been awhile since I reminded everyone how a retrograde works. Take a moment to read this:


How long is the influence of the retrograde?

The best way to understand the influence is by setting up a visual.
Imagine Mercury is a car and this car is leaving Seattle and heading for NYC. So, the car leaves Seattle and heads East… this is called MERCURY DIRECT. The car continues on its trip and it goes by Chicago continues on the road but as it gets close to Indianapolis it starts to slow down…and just as it hits Indianapolis it stops and turns around. The Slow down is called MERCURY STATION and the Turn around of course is called MERCURY RETROGRADE. Now the retrograde car is heading west again and heading back to Chicago. When it finally gets back to Chicago it slows down and turns around and now heads east again returning back on its journey to NYC this is MERCURY DIRECT. The car will continue on its journey and this time when it goes by Indianapolis it doesn’t stop it just continues on its merry way to NYC.

What is significant is that the road between Chicago and Indianapolis will be seen once, then twice (going backwards) and then a third time (when it goes direct again). This road between Chicago and Indianapolis is the SHADOW PERIOD. This means the very first time we see Chicago we are put on alert that there is a Retrograde ahead and so be prepared we may see this landscape again.


To continue the analogy: On November 22 we drove by Chicago. We will be turning retrograde on December 10 (reaching Indianapolis) and then going all the way back to Chicago until December 30 where it will turn around and head again for Indianapolis and finally passing it on January 18th. As you can see from shadow point to shadow point is about 2 months. That doesn’t mean it will be all rocky during that time. No, not at all. The rockiest times will probably be during the actual retrograde (December 10- December 30) but we will most likely revisit topics that come up in the time between the two month shadow dates.


And what will this Mercury retrograde be about?
Since it is in Capricorn it will be very practical on many levels. Things that just don't make sense will either be dismissed or cut out of our lives (Pluto's influence). We will be moving boulders and clearing out debris that just don't make sense any longer. But of course, since it is a retrograde mercury there will probably be miscommunication possibly hurt feelings. And any things that break in our life? Well, I doubt we will have much appetite to replace them. Taken to the trash and not replaced is more likely the approach with a Capricorn energy.
Posted by Tracy at 9:38 AM