In about ten days the Russian plane was taken down,  Beirut suffered a terrorist attack (Turkey on 10/11), and then Paris.   Sigh, Paris.

I have not drafted the chart for any of these incidents.   And sure, each day will be a different chart. The Sun will have moved a few degrees.  The Moon changes signs every two and half days so that will be different.   Mercury/Venus will have moved a couple degrees.   And of course the Ascendant MC and all the angles will be specific to the incident time and place.    Fine.

But what we can speak to is the larger influence of the outer planets and it is hard not to wag our finger at Saturn Square Neptune.     Back in January when Saturn had just moved into feiry Sagittarius we had the Charlie Hedboe attack in Paris.   God knows Sagittarius rules journalism but is also  a righteous MoFo for beliefs and religion.   The confidence of Charlie Hedboe for generating provocative journalism met the righteous pig headedness of jihad.   And now Saturn is in early Sag and we're back in Paris again.   Although, this time we are way closer to the first square of Saturn/Neptune on November 26.

At the same time we are in the waning phase of the Pluto Uranus squares that took place from 2012-2015.   The last hit was in March but we are so NOT done with those repercussions.    There are large astro influences at play.    That doesn't mean we run and hide and live like scared church mice.   That makes no sense.   It is interesting to see how the generous side of Sag and humanitarian side of Pisces also offered up an uplifting antidote to the Paris attacks.  When the attack took place fans at the soccer game were stuck since public transportation was shut down.  A website went up where people opened up their doors to people who could not get home.  The same thing happened in the US for people who could not get home, Americans who lived in cities with flights bound for Paris opened up their homes to stranded French tourists.

We must hold on to the good.     Or as I was reminded by my friend Mark Evanier (Pisces)....maybe we should just remember Jim Henson's quote. 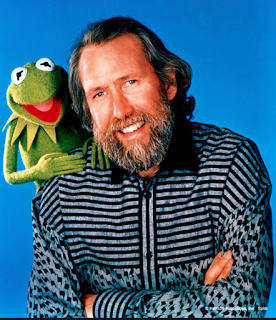 “At some point in my life I decided, rightly or wrongly, that there are many situations in life that I can’t do much about – acts of terrorism, feelings of nationalist prejudice, Cold War, etc so what I should do is concentrate on the situations that my energy can affect.”