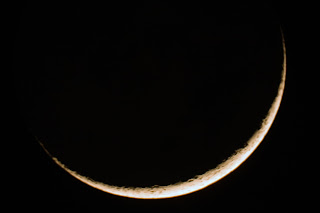 
I have just put up the Scorpio New Moon.  Yes, barely in time.  I know I know...less one hour from New Moon.   I'm juggling a lot over here and getting this up was no less challenging than sending man to the moon for the first time.  lol.

Here is a tidbit.   But go to link on Margaret's site for the whole big write up.

What does it feel like for you to go from black to white?
What does it feel like to jump without a net?
And what does it feel like to release your blocks?
When was the last time you felt like a snake shedding its skin?
When was the last time you let something die?  Perhaps it was something that you held on to way past its prime.   A clothing item, a policy, a relationship, a job, a stubborn belief…what did it look like to let it die?   Do you remember the open space that you felt in your psyche when you let it die?   Yes, there may have been grief but actually there was probably, if you are honest about it, way more grief and fear before you let it die.   That is more to the Scorpio point.   We let things die so that there can be renewal.
This is the energy of Scorpio.    Death and rebirth is key.    What are you going to let finally die this 28 -day cycle?

Those of you familiar with these monthly reports know that Scorpio is the second water sign of the zodiac.   The first water sign, Cancer, is the ocean along the shore.  Big waves crashing then small waves crashing and we know that we need to let the emotions come and go.  Ebb & flow, up and down we let the Cancer waves take us.   No kidding that Cancer rules family.  Is there any group of people who can push on our buttons more?   But with Scorpio the water is like a rushing river.   Intense, deep and powerful.   If you have ever experienced a flash flood then you know what an unprocessed Scorpio can look like. Emotional energy so intense that it can wreck a terrain for years.   However, when Scorpio emotions are harnessed they are powerful.    Take for example The Colorado River in southwest United States.    For tens of thousands of years the powerful river flowed carving majestic canyons out of hard rocks, then flooding its banks in the desert leaving rich mineral deposits and eventually spilling into the Gulf of California.     About a hundred years ago engineers decided to build a dam on the river.   Hoover dam today generates energy that powers Arizona, Nevada and Southern California plus provides water for irrigation and household use.    THIS is what Scorpio looks like when it harnesses its emotions!    Do you see why I asked when was the last time you exhibited tremendous discipline?   Do you see why I asked, “What needs to die?”   I right now would be sitting in the dark with no internet if it was not for someone willing to let unabated flooding die one hundred years ago.
During the next 28 days where are you going to tap your deep emotional reserve and find your discipline and power?

We have an extra gift this New Moon because the Sun