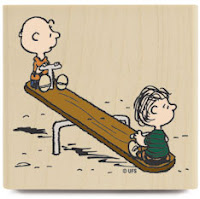 February 5 will be the second part in our five part miniseries entitled “Saturn Oppose Uranus -- what a bitch of a teeter totter!”

Of course I am writing that with tongue in cheek because even though these two planets are creating tremendous chaos and tension in the world there are also some perks emerging.

First, let’s look at the dates where Saturn and Uranus are exactly opposite each other.

Now look at that first date: November 4. Does that date look familiar? It should, it was the date of the general election where Barack Obama morphed from the junior senator of Illinois to the 44th president of the United States. That would be Uranus taking hold of the world and saying, “I want change.” And many will say that is a perk.

But at the same time and with the same amount of willpower Saturn in Virgo is saying, “I want structures that work from the ground up. And if they don’t work, ‘eff em”

On the big picture it is interesting that Obama’s pick for cabinet choices are screwing themselves with Nannygates and IRSgates etc. He could be the agent of change (Uranus) but if his choices aren’t walking their talk (Saturn Virgo) they are out of here (opposition).

That is the picture on the big level but what does it mean to us on a personal level? Well, somewhere in your chart you have Virgo and you have Pisces and where those houses are in your chart you are experiencing a major tension. There is a part of you that just wants to collapse and get lost on your bed and dream about stuff. And at the same time there is this other part of you that wakes up every day promising yourself that you will absolutely take care of everything on your “To-Do” list. As you can tell this would be quite polarizing. I mean I was sick for a few days and I laid on my bed watching one movie after another. I loved it but I equally loathed myself because I had so many tasks that needed to be handled. And then when I felt better and took care of all the tasks that needed to be done I longed for getting cozy in bed. Talk about ‘robbing Peter to pay Paul.”

The key to all of this in my opinion is to do the hard work of Saturn in Virgo and build upon your dreams--Uranus in Pisces. Of course this is not easy work and frankly it is my opinion that one of the reasons why we are going to have this aspect five times is that it is going to take us until Fall of 2010 to really understand what are our dreams.

Sure, right now, a lot of people think their dream is, “Get a solid job so I can keep my house, my child in private school, my this and my that.” I hear you, I am not immune from this thinking. But ask yourself if your dreams are only serving to keep the same old dream in place and if the answer is ‘yes’ than you are missing the point. Uranus in Pisces is not about last year’s dream or five years ago dream or three years ago dream. It is about the dream that make sense for now and the current future. And in case you haven’t noticed the future has changed. It is important now for the dreams to make the shift. So, what if Great Spirit (Uranus in Pisces) hears your desire to hold on to the status quo but it is looking at you and thinking, “Hmmm, I’ve got other plans.” Such as what if you might be better served living in a different town with a different community? Or maybe, “Your skills and talents need to be used in another way.” It is probably going to take the whole 18 months to get your attention.

That is not to say I don’t I think we are getting glimpses of our path and our future. I know my own visions are like reflections on water. Not quite in focus but it seems like a hint of an image I might know.

On Thursday while the aspect is exact, take a look at your world. See where you feel like a teeter totter? Take a few minutes and reflect on the tension. Then write the following affirmation: “I am happy and grateful that I building upon my dreams.”

Even if you feel like you aren’t doing it. Please suspend reality and go into that gray area and consider the fact that you are building on your dreams even if you don’t know it.
Also, I highly recommend this nice article all about Saturn Oppose Uranus by Kelly M. Beard
Posted by Tracy at 5:39 PM