And then there is....the first day of Cap..Happy Winter Solstice! Dec 21 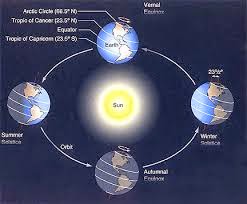 On Sunday 12/21 At 6:03pm EST -- The Sun moves into  zero Capricorn which launches the Winter Solstice.


Then two and half hours later (8:35pm EST)  the Capricorn New Moon takes off.

It is mindboggling interesting that Uranus turns direct three hours before the Winter Solstice and the New Moon.

Perhaps we have all felt a big spin out by Uranus.  Maybe in the last five months we have been driven by Uranus to really cuckoo places.  Maybe we seeked a lot of liberation?  Maybe we started a few brush fires?  Maybe we just didn't give a shit for the entire five months.   Maybe we had fun.   Maybe others pissed us off in ways that we just could not stand.    Who knows what happened but now we are getting a new start.   Of course we should take the good of what we learned from Uranus' retrograde and integrate it into our life so that it can help us build our place in the world.
Not sure where you belong in the world?

Let's use the Cap New Moon to help figure it out.