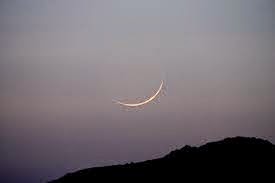 
You will find my whole write up MargaretWendtWebsite

This is an important New Moon.  Don't get lost in the Christmas Circus that you miss it.  Plant important seeds.  You need it, I need it, the whole world needs it.

Here's a snippet of report. Go to link for full article.

And here we are again with a Zero degree New Moon.  As in last month, this is a gift because we have the opportunity to get full value of every degree and the lesson presented by the sign every day of the 29-day cycle.

Because this Capricorn New Moon is happening on the run up for Christmas it could get lost in the frenzy.     That would be a shame.  This is a potent new moon not just because it is at the zero degree but also given that it happens a couple hours after the Solstice and it happens a few hours after Uranus turned direct.
The Universe is getting our attention—let’s not miss it.

Capricorn asks us to conserve and to be practical.  Capricorn does not like nor respect anything airy-fairy.  It does use visions but it wants a game plan on how to turn that vision into something real.    It wants to get serious about stuff.

On a gut level people who don’t even know anything about astrology are drawn to make resolution lists during this cycle.     They feel compelled to get serious about something.    Getting ‘serious’ is what makes Capricorn tick.  Of course, you and I all know that we build Treasure Maps in Aries (spring) to set our goals.   And actually, Capricorn new Moon is when we begin final actions based on the seeds we planted during Aries.   We have three months to get the results that we want.  So, yes, we use the seriousness of the Capricorn energy but we don’t bother with resolutions unless they are in sync with seeds planted in Aries.

On Cap New Moon take out your Treasure Map and look at your goals and visions.  What is working?  What is not?  Don’t beat yourself up but recommit to those visions and goals.  And also release the things that no longer make sense.   Back in the spring you may have been flush with a goal that felt so ‘right’ and now it seems misguided.  Great.   No longer give it any energy.    And if you have goals on that map that seem far from results,  plant some energy now that supports those goals.       For example, and this is an easy one.  If you have weight loss on your map and you are not at your goal, then why don’t you down load a Weight Loss App on your phone.  Or go to a OA meeting?  Or do something that stirs the pot in a practical level on this New Moon.
Can you see why it is frustrating to have a New Moon in Capricorn while people are running around like crazy people getting ready for Christmas?

I hope everyone can slow down, breathe and take a moment to reflect on those powerful goals they set in April.