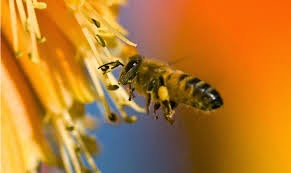 I have an idea. Let’s all have fun!   I mean really have a fun time.   Lots of laughs, lots of stimulating conversation.  Lots of “lightening up.”    Come on, you know you need it.   I know you need it.  And more importantly The UNIVERSE knows we all need it and that is why we are getting this Gemini Full Moon.
Laying out the details:
Sun Trine Uranus (Sag/Aries)
Sun Conjunct Mercury (Sag)
Sun semi square Mars (Sag/Aquarius)
Moon sextile Uranus (Sag/Gem)
Moon Oppose Mercury (Gem/Sag)

These aspects support play, chatting, going out and talking to people, mingling, learning things in a fun way, laughing and C-O-N-N-E-C-T-I-N-G.    Connecting to one another, finding information that makes your brain think on new levels, finding moments with others that elevate your spirit.   Sharing parts of yourself with others that inspires them.  Even if you don’t know it!

Sagittarius is always aiming his arrow, shooting for a goal.    Two weeks ago on New moon we planted seeds to expand our world and find new targets.  We decided it was important to integrate things that are ‘foreign’ even if it is in our own backyard.  What can we learn from others who do things in a different manner than us?    It is very interesting that Ferguson & Staten Island have come up during this lunar phase.     And now here we are at this Gemini Full Moon that supports meeting up with other people and playing and having fun and thinking about our targets.    Perhaps they need refocusing?

Go out in the world.   Send emails.  Go on blogs.  Go to the park.  Go to an inspired lecture.  Go be with people.    Mix it up.    You will be surprised how mixing it up shifts your perspective.  And as we know the next Uranus/Pluto Square is bearing down on us on December 16.  That is the bitchy energy we are all feeling, seeing and hating.  How often have you said, "I hate ____ " fill in the blank.  Yeah, blame Uranus Pluto.      Having the gift of this lighter than air full moon will help us as we deal with the Uranus/Pluto energy.    Face it, we have been on “Fun” ration cards since 2012.   Only little bits of fun in random ways.    But this weekend a bushel of fun cards falls in our lap….so go out and have fun.   And yeah, there will be gossip (ruled by Gemini).  But at this point, who cares?

Be light, be breezy, connect, be like a bee finding seeds off a spring flowers, pollinating everything you touch.

And listen to a lot of Kinks.