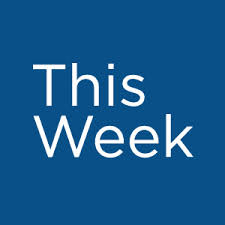 Happy last week of Gemini lunar phase.   This has been the longest 29 days I can remember.  Do you remember the Gemini New Moon launching on June 16th?  Does it feel like a million days ago?   Good then you have been paying attention to this cuckoo Gemini energy.   We have been OUT there for sure.    The wrap up is beginning today.    You may even wake up and feel the  unwinding.

Weird tensions are brought up by the Sun/Uranus square on the 12th.   If you were feeling off your game, stuck, perhaps disappointed for the last week blame Uranus/Pluto opposition early last week and Sun/Uranus square today.    Evolution versus revolution.    For the last five years the tension between Uranus and Pluto has been plowing through our psyches stirring everything up.    Their battle ended in March, thank God.   However, we get to revisit the parts of our psyche that still need processing.  That thing we wish we could heal and change.    THAT thing has probably been up in the last week.    Thanks to The Sun banging Pluto and then a few days later (today) banging Uranus.       Ask for spirit to support you to make the changes you need to make to heal the bumps and begin your  journey on a new (Aries) road.   Be gentle on your self.

The week has a few other bumps, including Venus/Saturn (7/13) which demands focus on money and love.   Things that don't work will get our attention.   We are sober about love and money.      Mars opposition Pluto (7/13) brings out tension.  That is an understatement.   Emotions flowing hit cold realism.   Tellanovellas will not be tolerated.

Make the most of the end of Gemini cycle.