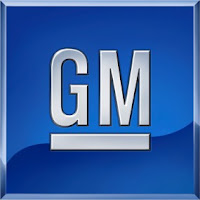 I am one of those people that when I have something blow into my path I may or may not note it. But when I have something blow in and then another thing similiar blow in and then a third thing similiar blow in....well, that is when I stop and take a look and see what needs my attention. Such a thing occured yesterday and is the reason for today's post.

As most of you know, General Motors is in the news. Basically GM has run out of money. Or if the coffers are not completely drained they will be by January. This story went into the Nation's zeitgest about 1 minute after Obama walked off the stage in Chicago. I was stunned to hear that for every 1 GM job there are 5 jobs elsewhere tied to GM. It will be a lot of lost jobs if they close. This was the conversation of the weekend and certainly on Monday.

Well, later in the evening on Monday I was poking around on TV and I saw an interview with Michael Moore which included a clip from his first film, "Roger and Me". The centerpiece of the film of course, was Moore's attempt to interview Roger Smith the CEO of GM about the job losses in Flint, Michigan. As I was watching the clip I thought, "Oh, GM again."

Then an hour later I was watching "American Experience" which was about the 1929 Stock Market Crash. While watching that show, one of the acts was focused on a major Wall Street player--- William Durant, the man who started GM. I gotta tell you, I seriously know very little about the history of GM but when I have 3 pieces of information about GM come to me in 3 very unique ways in one day I know it is time to look at GM's chart!

Before I get to GM's chart, it is worth noting that Durant was a Sag with moon in Pisces. Both visionary signs and then add to it he has Jupiter and Saturn conjunct in hard working Virgo plus his Sun in Sag oppose to Uranus in Gemini----well, it no surprise this man could see something where others didn't and build a fortune 500 company with his own hands out of his vision and ideas. The fact that he lost it all in 1929 and would eventually end up running a bowling alley could have something to do with Neptune in Pisces oppose Jupiter/Saturn along with Pluto Square Venus (5 degree orb). It is also interesting (at least to me) that his own North Node in Cap is opposite of GM's north node. His story is one of rags to riches to rags but he was respected among his community and he never stopped working. If a movie was made about his life, I'm sure Daniel Day Lewis would star!

Now, with GM, I drafted a chart for noon since I am not clear what time Durant organized the company but the date can be found easily on the GM Website.

At first blush, I am intriqued that the company is a Virgo with a moon in Gemini. A Gemini moon feels perfect given the company was a collection of other car companies that became GM. It almost feels like siblings, Buick, Cadillac and Oldsmobile (one month later) which is perfectly Gemini. Additionally, Durant being a Sagittarian is pefect since they are good for a Gemini buddy and I can see how a company started with moon in Gemini would be a natural for him.

Unfortunatley, in the last 15 years, Pluto's transit through Sag has been murder for GM's Sun in Virgo and Moon in Gemini. As we know, Pluto will destroy those things that no longer serve. Given GM had the Electric Car and then took it off the market and was documented in a well received film, "Who Killed the Electric Car?" one can scratch their head and wonder if Pluto is now paying back."

And for those of us who live in a city that once upon a time had a beautiful transit system that was systematically dismantled nefariously (dare I say) "well oiled" machine made up of GM and good friends at oil and tire industries (learn more HERE) . Now I'm forced to sit in horrible traffic at any time of the day thanks to their operation. So, I do have to quell the desire to say "Go for it, Pluto".

But that was a long time ago and now I can maintain a cool reserve and suggest that Jupiter's Zero degree Virgo could benefit by Pluto's move in Capricorn which will be at the end of November and December. But it will not be without an overhaul given GM's North Node is Zero degree in Cancer. I would say that it is possible GM has operated more for its south node in Cap than its north node in Cancer. Truly, had it come from a place of "What's best for families" and not "What's best for GM" it might not be in the place it is in. But given Pluto is about to run over the south node like a Monster SUV, I would guess it is time to overhaul everything about GM. Perhaps they will resurrect the Electric Car? Perhaps they will be the first major real American Green Car company. However, if they ask us for money and just proceed to do business (South Node Cap) as usual, they will be dust. Afterall, Pluto demands a Metamorphous. The key in my mind is these changes had better have long vision because GM's has Saturn at 7 degree Aries and it will be experiencing an opposition by Saturn in Libra in a few years along with another round of Pluto Medicine. If they can make the changes they have to make then they could be the real auto company with a future and reap some rewards (which can occur under Saturn-Saturn aspects).

Perhaps the little company with Sun in Virgo and Moon in Gemini will finally get religion. Which of the 4 mutable signs, is the most difficult for these two!

One last tidbit about the birthdate of GM, from the Wiki Timeline

A company called General Motors was established on September 16. Its initial
holdings included only Durant’s Buick Motor Company and went un-noticed in the
news media, with the major business news story that day being the announcement
by the White Star Line shipping company that it would begin construction of the
world’s largest ocean liner, to be called the Titanic.