Pluto In Capricorn--Ice Volcano, anyone? 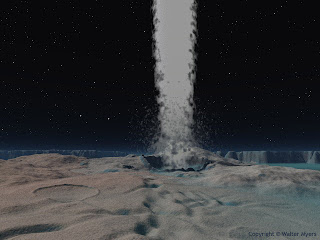 I started this blog on Scorpio New Moon and in a typically Scorpio way-- have only let a few people know about it. Discreet is so Scorpio. So, I don't know how many of you have poked over here yet. But if you have, welcome to my blog.

Today I went to Lynn Koiner's sight where she had an article I found very interesting. It involves lively discussions she had with various astrologers including Bill Meridian. Of course it is about my favorite subject: Pluto in Capricorn. By the way, I feel like I have been discussing Pluto in Cap since Pluto hit the last decanate of Sag! Talk about a slow build up.

He sees Americans having to fight for independence once again. As a result
of NAFTA and CAFTA, construction of the Tans Texas Corridor has already begun.
The problems associated with security, seized property and the exportation of
business to low-cost Mexico is obvious and many States are “adopting legislation
to block intrusion into their states.” With a linking of the EC, Free Trade
Association of the Americas, and a Far Eastern organization into a one-world
government, Bill portends a greater intrusion of governmental power and
resistance to it. As the USA debt becomes a global problem, “an international
‘Big Mac’ is appointed to restructure the US. Pluto was conjunct the USA Cancer
planets in the 1930s. It will be opposite from 2008-2024.”

This is just a snippet of the article and I really encourage you to read the whole article which I think benefits from a European point of view.
You can find it here.
Posted by Tracy at 7:20 PM